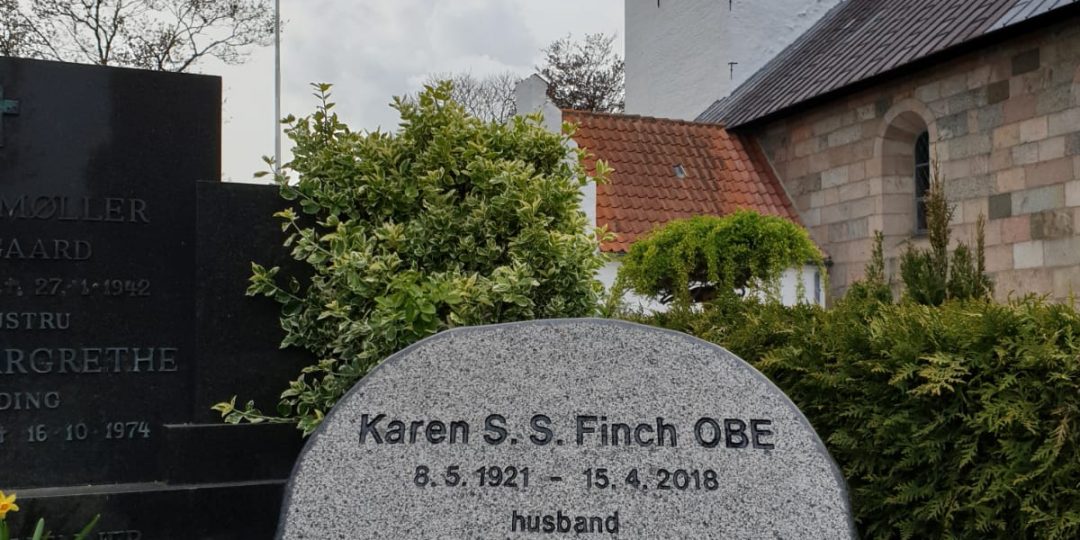 Registration of headstones at Rødding churchyard 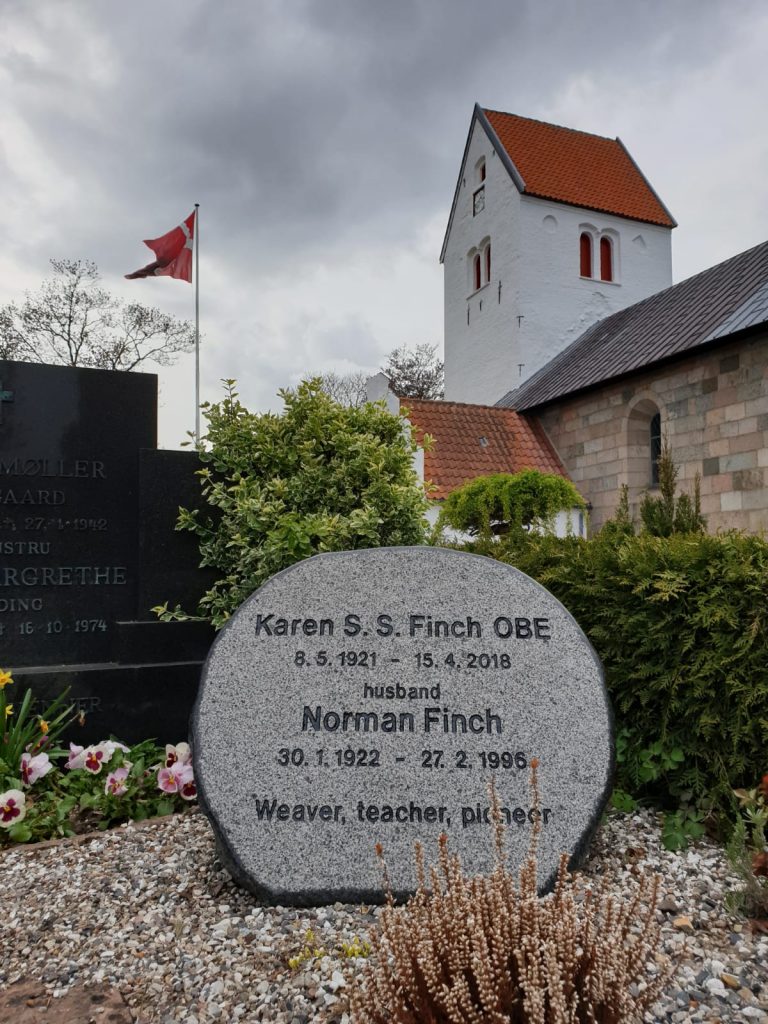 The article below appeared in a Danish church magazine which writes about matters concerning the local area where Karen was born and represents the churches of Rødding, Løvel and Pederstrup.

The nearest city to these villages/small towns is Viborg which has amongst other buildings, a cathedral and a museum. The museum has been responsible for extensive archaeological studies of the area, including Rødding where Karen was born and lived until the age of 19.

One of the museum’s roles is to visit local churchyards and determine which headstones should be preserved for posterity – we feel so honoured that Karen’s stone is one of five chosen by the Museum Inspector, Peter H. Iversen, after he visited Rødding Churchyard. The article below is written by Iversen, and translated from Danish by my cousin Lykke Friis-Madsen.

It’s always interesting to visit a churchyard. Most people come to remember their loved ones. But it can also be interesting to just go for a walk and look at the headstones. Behind every headstone hides a human life. Some stones clearly tell the story about the person, while others are more discreet.

On a cold day in November, I had the pleasure of visiting Rødding churchyard. I was on official business to register the headstone worth conserving. It was a nice trip around the churchyard which has several interesting headstones. 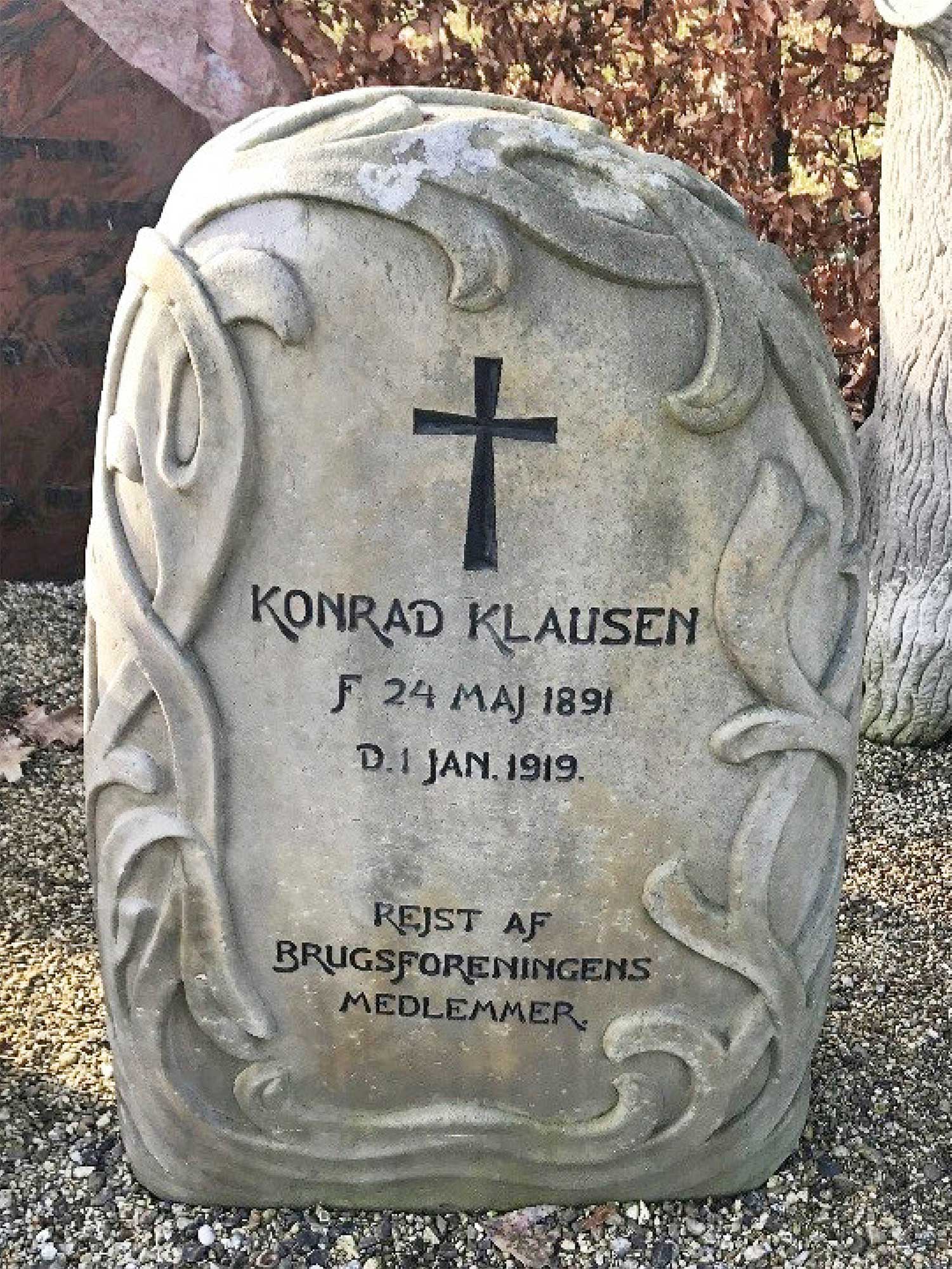 Headstone of Rødding co-op manager Konrad Klausen, who may have been one of the many victims of the Spanish flu

For example. the headstone of Konrad Klausen is interesting. The stone has been set by the members of the co-op shop. He must have been a very competent manager, since the members all contributed money for the headstone. The stone reminds us of another time, where there were strong connections in the local community.

Klausen was only 27 years old when he died on 1st January 1919. The cause of death is not written on the headstone, but it’s definitely possible that Klausen was one of the many victims of the Spanish flu that was devastating the area around Viborg from autumn 1918 to spring 1919. The illness was caused by a bird-flu that the medical community at that time couldn’t do anything about. Young adults between the ages of 15-45 were particularly susceptible.


Apart from the two headstones that are mentioned in museum inspector Peter H. Iversen’s article, three others were registered as worth conserving. Two of them are pretty old. Niels Anderson and P.C. Mørup both died about 100 years ago. The third, however, is pretty new. It was set last year [2018] as a memorial to Karen Solveig Sinding Finch (born Møller). Karen was born in Rødding in 1921 and died in London in 2018. 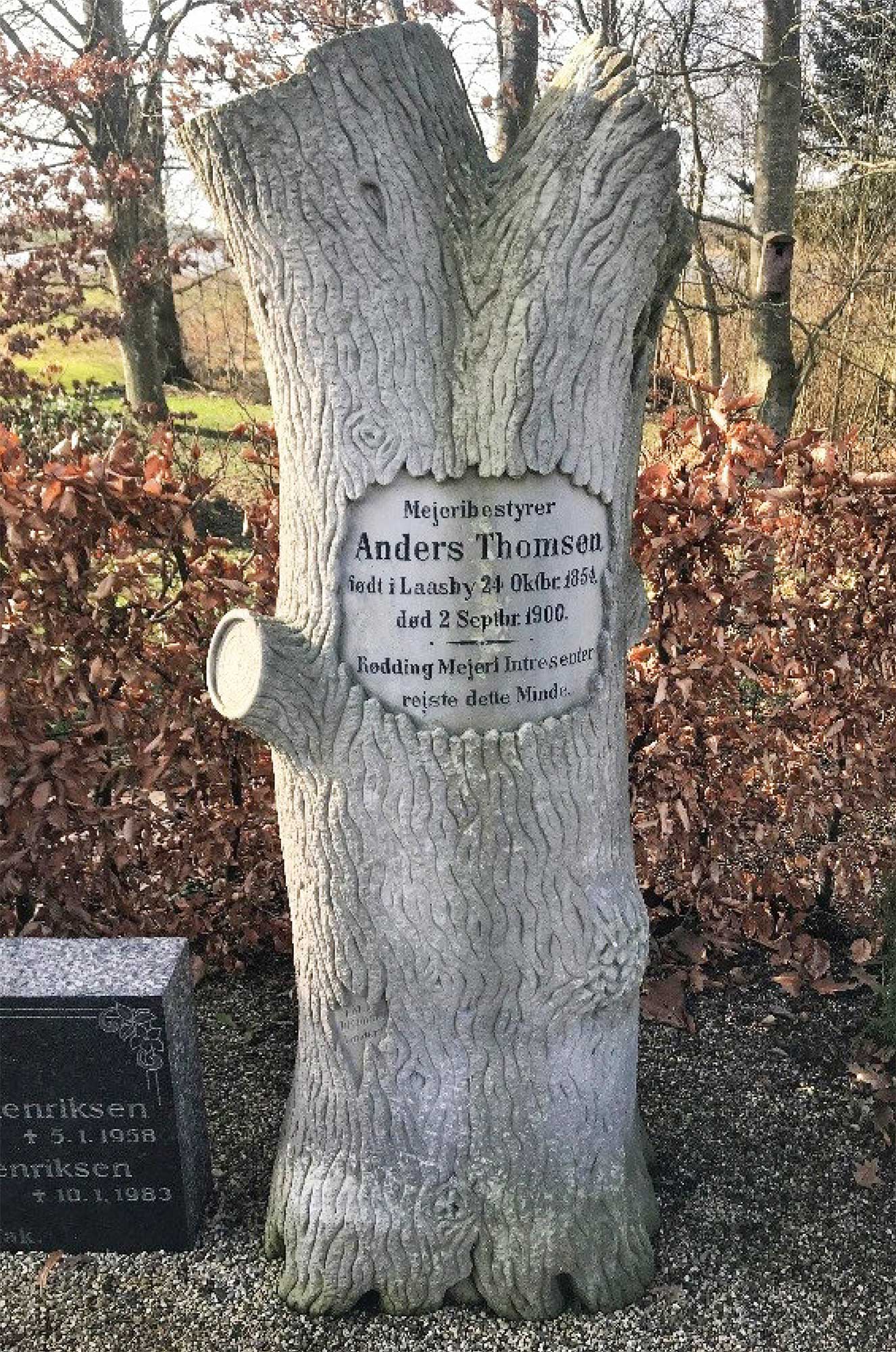 Anders Thomson’s headstone is also interesting, both because it was set by the members of the dairy, but also because we know the stonemason. Normally we don’t know the names of the stonemason or artist who designed/made the stone. However the tree of life design for Anders Thomsen was made by Peter Magnus Jacobsen who lived in Randers. He was a member of a family of stonemasons and the register of headstones in Randers municipality have found several headstones made by him. We can now add Rødding churchyard to the list.

The register of the headstones worth conserving is kept at the (Viborg) museum and, after a required check on the church building and its surroundings, also at the church office. 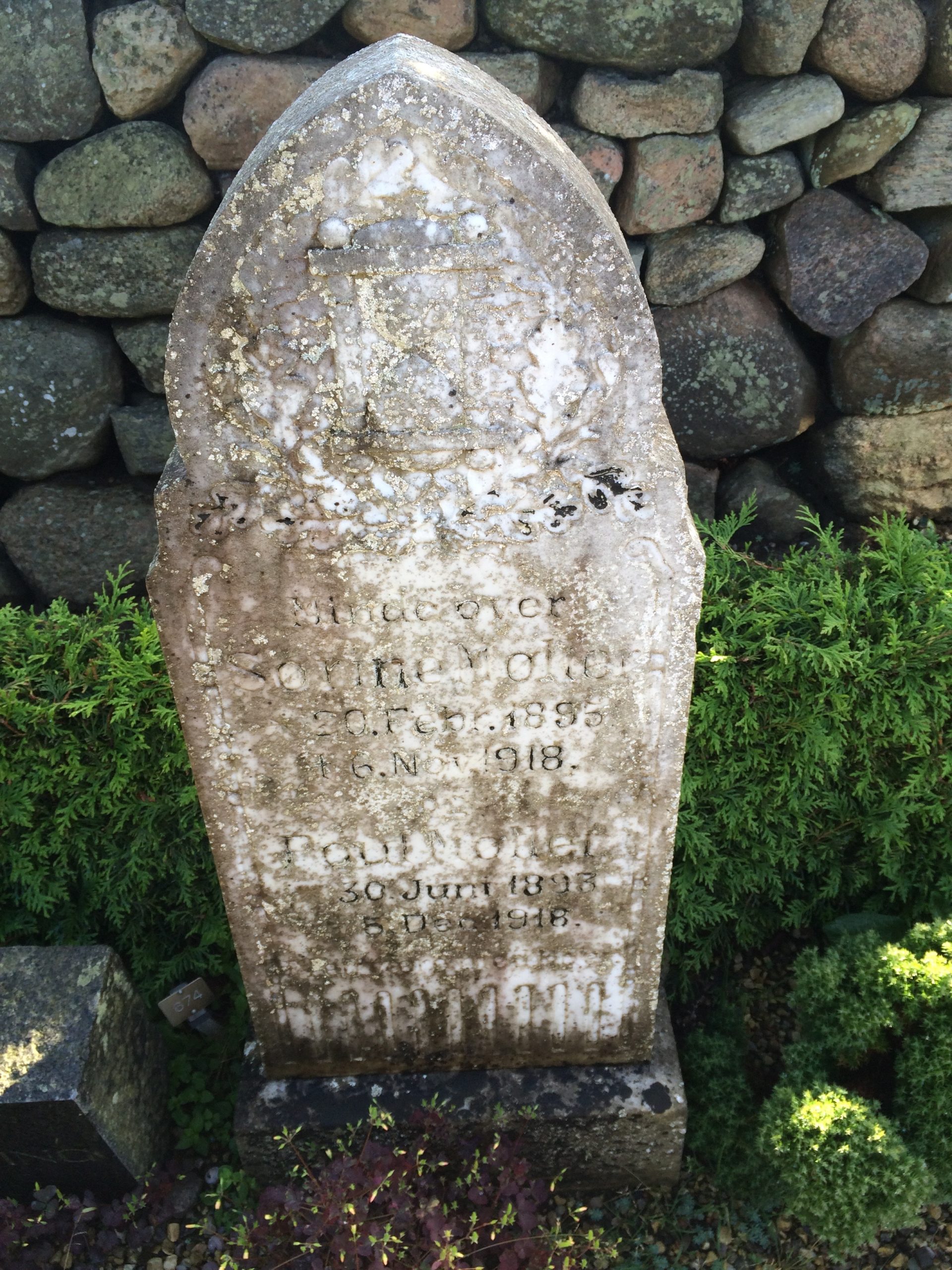 Gravestone in Rødding churchyard for Sørine and Poul Møller, who died in 1918 of Spanish flu

Two young people in the Møller family died of the Spanish flu – Sørine and Poul Møller, brother and sister of Karen’s father, Søren Møller. Karen often spoke of this tragedy despite the fact that her aunt and uncle died before she was born.

Poul was 25 and Sørine 23 when they died within a month of each other – their mother, Karen Marie Møller died on 19 December 1919 – a year after her childrens’ deaths. It is said in the family that she died of a broken heart at aged 63.

The placing of their headstone with those belonging to other members of the family keeps their memory alive.

In the whole world it is estimated that about 50 million people died of the Spanish flu and in Denmark about 4000 died out of a total of about 500,00 who were infected. The population at the time was about 3 million.