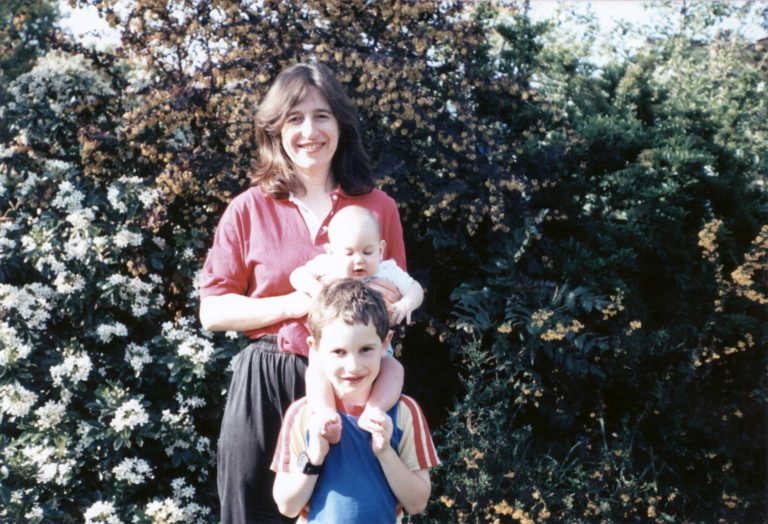 Katrina with Josh and Jake in Walthamstow, 1987

Katrina Finch is mentioned in the following posts

Karen’s memories of her parents and grandparents, and early life on Meldgaard

Karen speaks about art college in Copenhagen, meeting her husband Norman, and her daughter Katrina

Karen speaks about her career after moving to England

Karen reflects on her life and career and speaks about identity, her biggest influences, and legacy

Karen’s daughter Katrina talks about her earliest memories of Karen

Article/Paper
The beginning of the Textile Conservation Centre
By Karen Finch
June 24th, 1999
Tribute
To commemorate the 20th anniversary of the TCC
By Linda Eaton, Dinah Eastop and Nell Hoare
First published July, 1995 in Conservation News no. 57
Tribute
Tribute to Karen Finch on the relocation of the TCC to Winchester
July 2nd, 1999