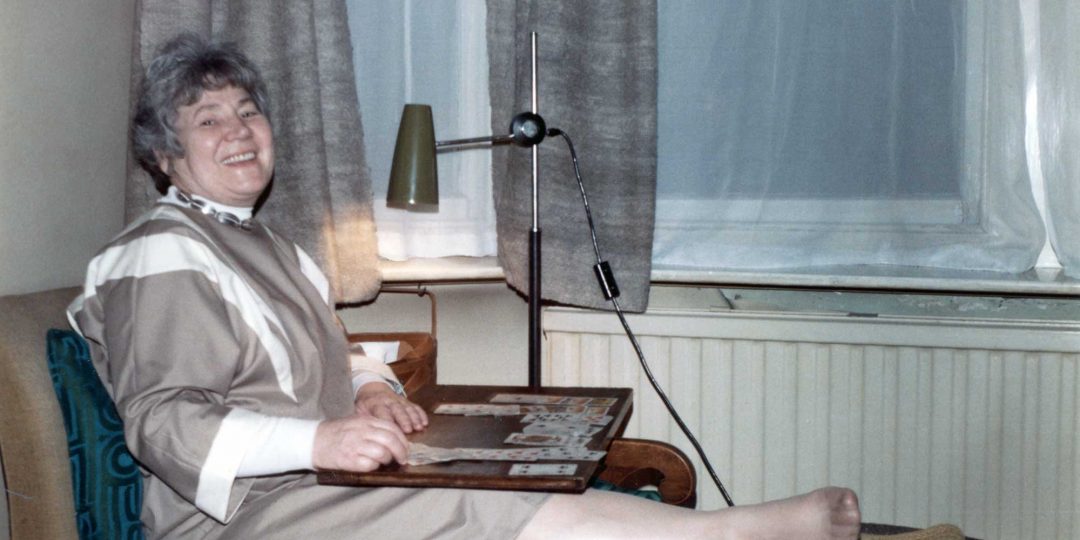 Tribute to Karen Finch on her retirement

Karen Finch, OBE, Founder and Principal of the Centre, retired on August 31, 1986 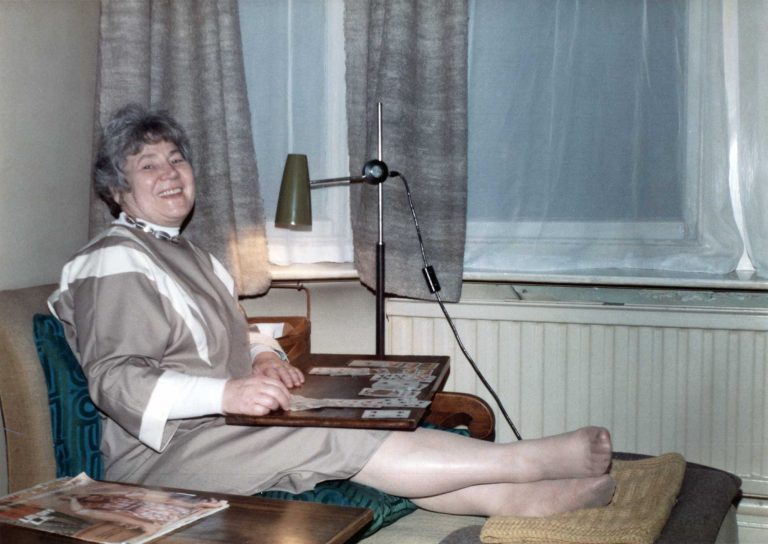 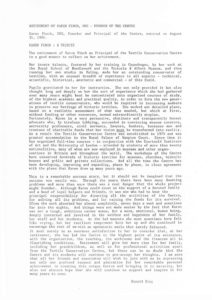 The retirement of Karen Finch as Principal of the Textile Conservation Centre is a good moment to reflect on her achievement.

Her innate talents, fostered by her training in Copenhagen, by her work at the Royal School of Needlework and the Victoria & Albert Museum, and then running her own studio in Ealing, made her an outstanding conservator of textiles, with an unusual breadth of experience in all aspects – technical, scientific, historical, aesthetic and commercial – of this field.

Pupils gravitated to her for instruction. She not only provided it but also thought long and deeply on how the sort of experience which she had gathered over many years might best be concentrated into organised courses of study, of the highest academic and practical quality, in order to form the new generations of textile conservators, who would be required in increasing numbers to preserve our heritage of historic textiles. She worked out detailed plans, based on a realistic assessment of what was needed, but which at first, without funding or other resources, seemed extraordinarily utopian.

Fortunately, Karen is a very persuasive, obstinate and transparently honest advocate who, by tireless lobbying, succeeded in convincing museum curators, university professors, civil. servants, lawyers, bankers, business men and trustees of charitable funds that her vision must be transformed into reality. As a result the Textile Conservation Centre was established in 1975 and was granted accommodation in the Royal Palace of Hampton Court. Since then it has organised full-time courses – in conjunction with the Courtauld Institute of Art and the University of London – attended by students of more than twenty nationalities, many of whom are now employed in museums and other organisations in Britain and throughout the world. The workshops of the Centre have conserved hundreds of historic textiles for museums, churches, historic houses and public and private collections. And all the time the Centre has been developing, improving and expanding, phase by phase, in close agreement with the plans that Karen drew up many years ago. 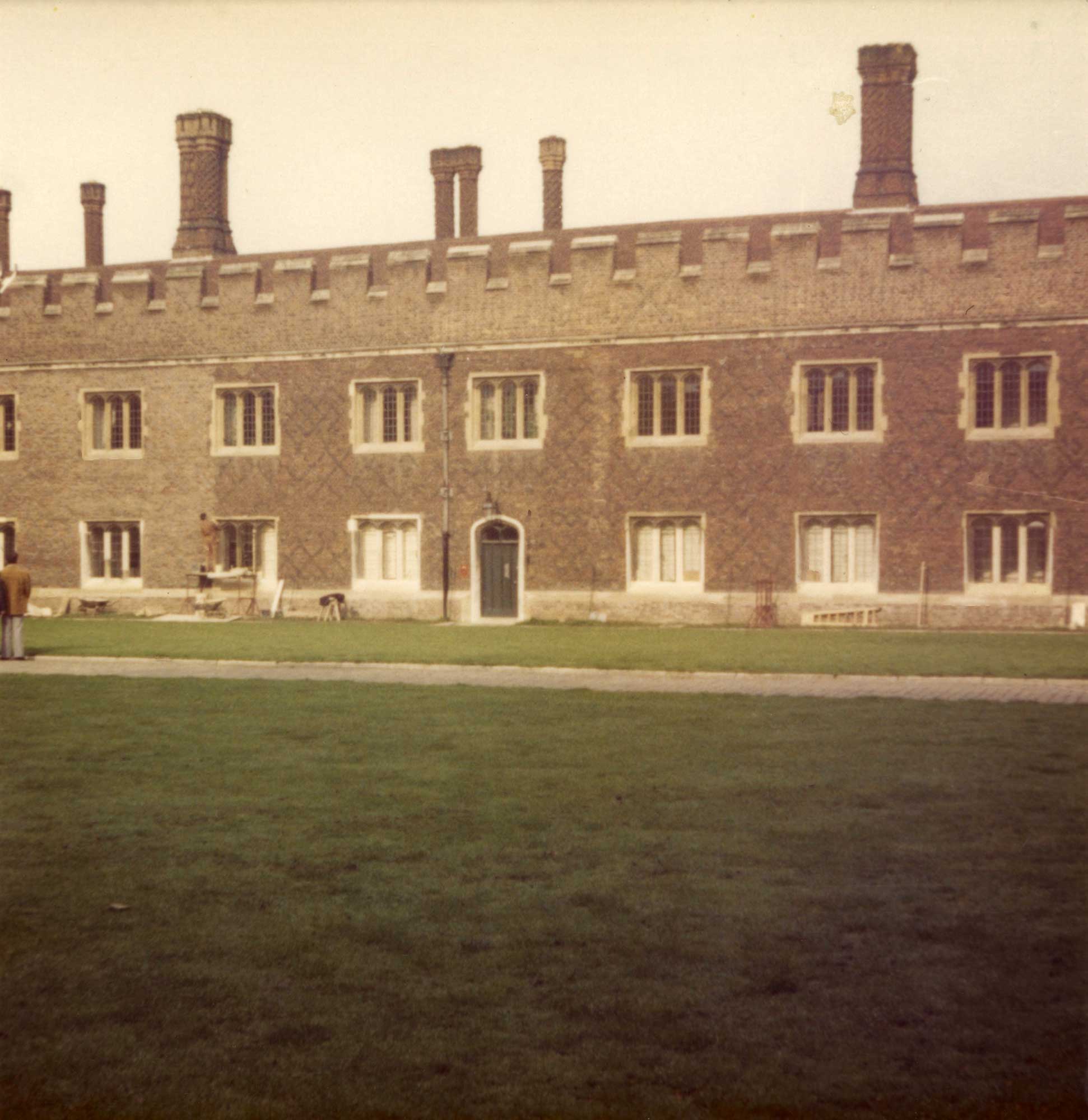 Apartment 22 at Hampton Court Palace, where the TCC was housed

This is a remarkable success story, but it should not be imagined that the success was easily won. Through the years there have been many daunting problems and more than once there was a real danger that the whole project might founder. Although Karen could count on the support of a devoted family and a band of loyal helpers and friends, it was she who had to bear the principal responsibility for directing all the activities of the Centre, for solving all its problems, and for raising the funds for its survival. Often the work absorbed her almost completely, seven days a week and sometimes far into the nights. And things were not made easier by the fact that Karen was not a tough, ambitious career woman, but a warm, emotional, human being, deeply concerned and involved in the welfare and happiness of her family, her staff and her students. At the bad moments she must sometimes have felt like crying, but her resilient temperament bore her up and she continued to encourage the rest of us with an optimistic smile that rarely faltered.

It must surely be an enormous satisfaction to her to consider that, at her retirement, she has led the Centre to the highest point of its existence, with the organisation, the teaching, the workrooms and the finances all in flourishing conditions. Retirement will give her more time for her family, including her grandchildren, as well as for professional activities apart from the Textile Conservation Centre, but there can be no doubt that the Centre and its students will continue to pre-occupy her thoughts. I am sure that all her friends and associates will wish to join with me in expressing not only our profound respect and admiration for her remarkable personal achievement in creating this unique Centre and bringing it to maturity, but also our sincere hope that she will continue to support and inspire it for many years to come.