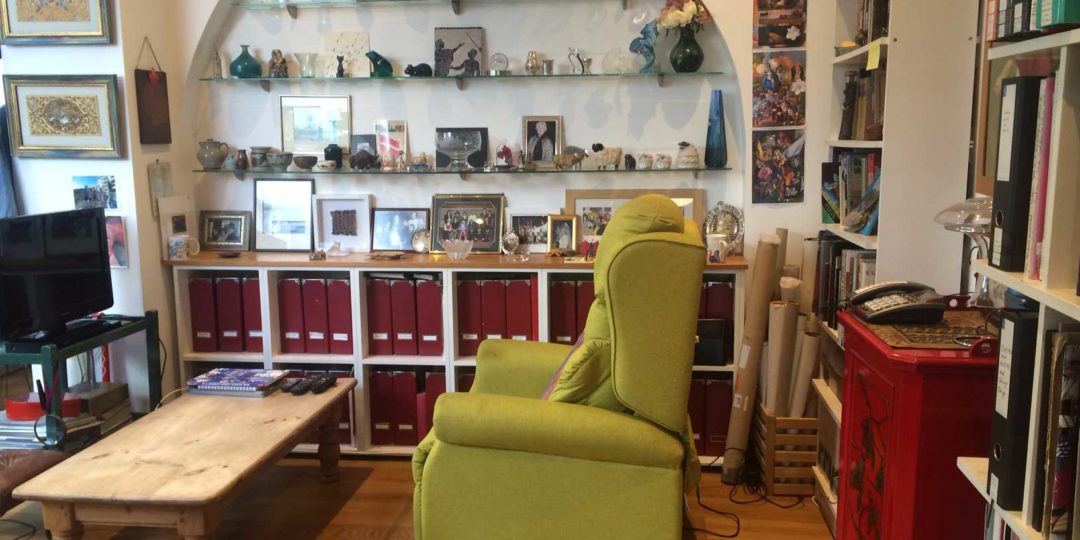 Blog
Second anniversary of Karen's death
Karen’s room
Apr 15, 2020 • By Alan Cohen • 3 comments
These pictures were all taken towards the end of Karen’s life and convey the warmth of her relationship with her grandchildren. On the left: Karen and Jacob wearing the chain mail knight’s costume that Karen made for him when he was a bit smaller; in the centre Karen holds hands with Joshua and Jacob; and on the right, Karen is surrounded by Jacob, Joshua and Joshua’s girl friend Rose, who calls us Mum and Dad and Karen Mormor

It’s two years since Karen died in her own room at our house in Walthamstow. I was there with Katrina and our cousin from Denmark, Tina, a highly qualified nurse who had come from Aarhus specially to help us through Karen’s final illness. Later that day our son Jacob came over and we read excerpts from the Tibetan Book of the Dead, which was written with the idea of guiding the post-body consciousness through the realms that lie beyond. Most of us, it seems, simply refuse to believe that we are dead and wander through various dream worlds (which include heavens and hells) prior to going through yet another rebirth; and the one thing we try to avoid at all cost (unless we have been properly prepared in our lifetime and previous lifetimes) is the Clear Light of the Void: illusion is much preferred to enlightenment. 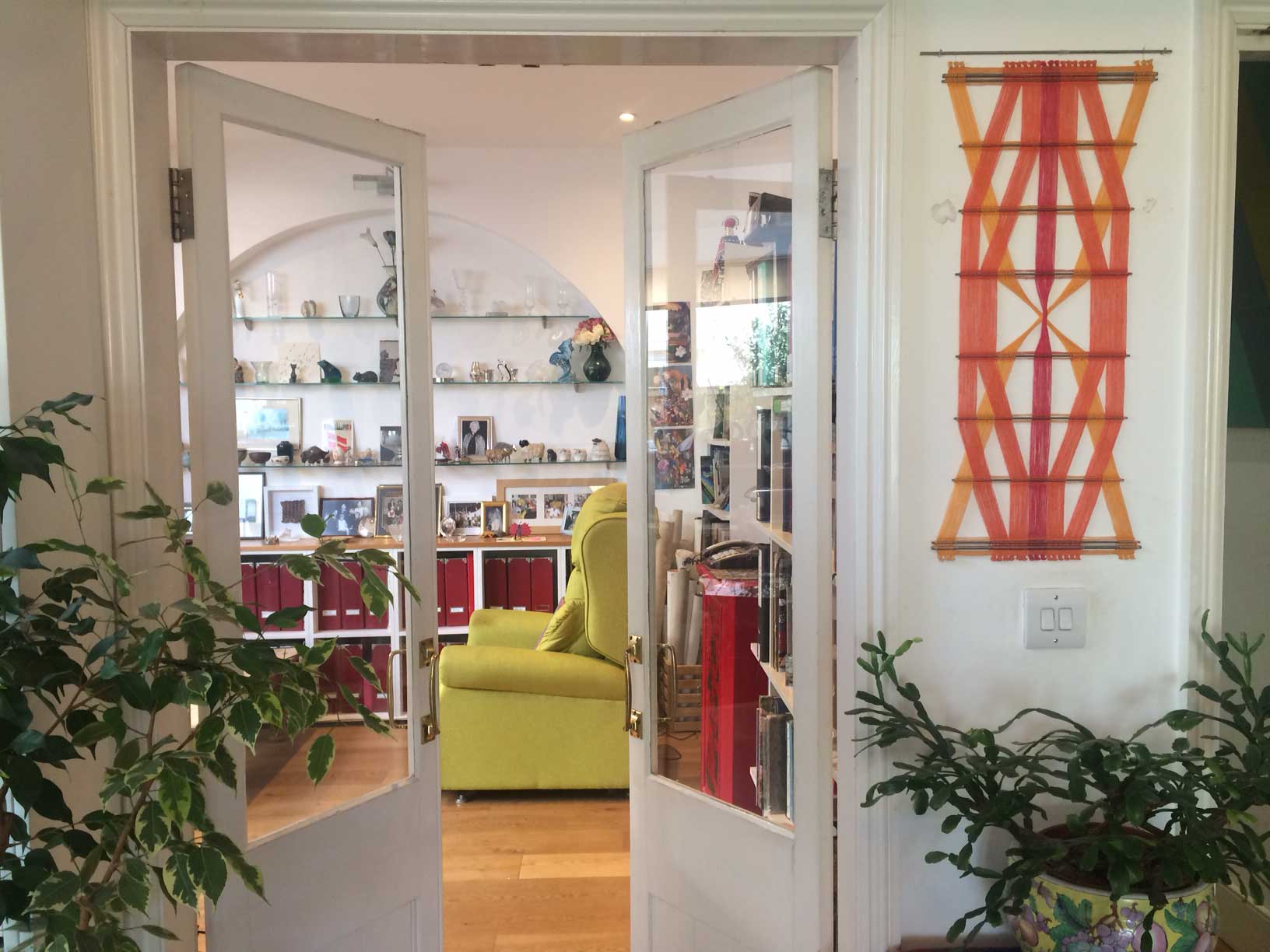 Entrance to Karen’s area; on the right is a weaving by her dear friend Peter Collingwood 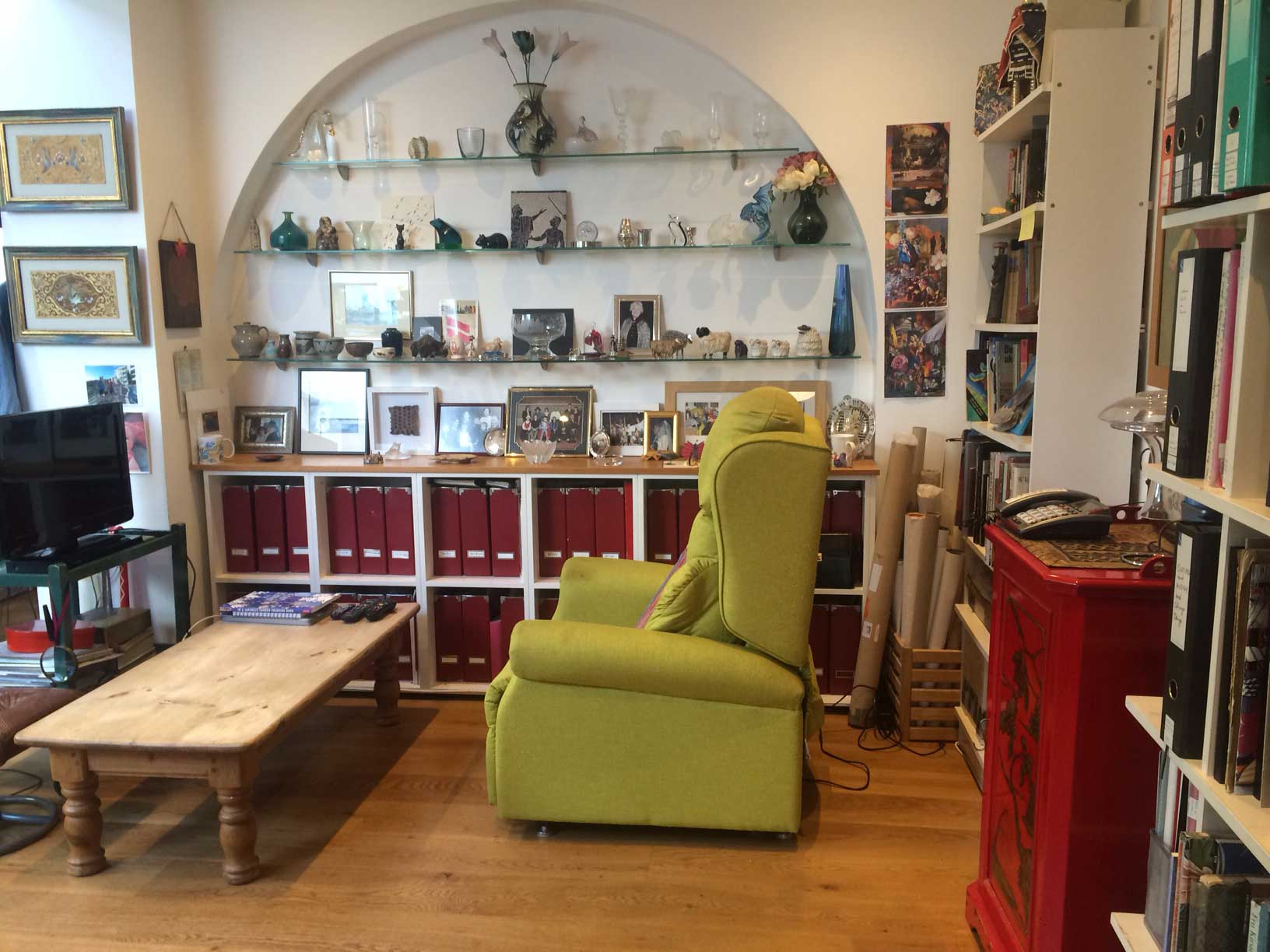 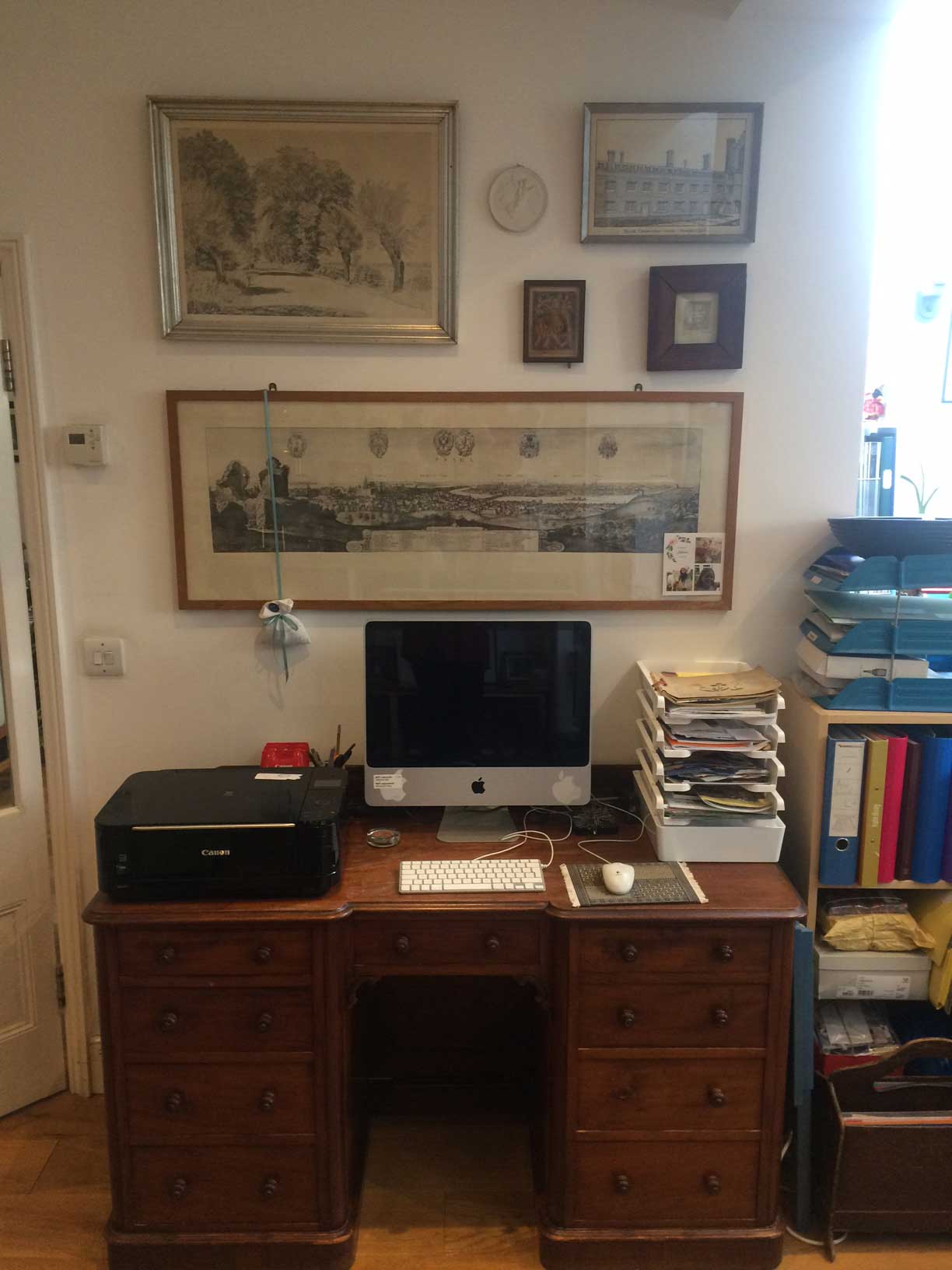 I’m not sure where Karen fits into this schema. If she entered a heavenly realm, she probably shaped it according to the concepts of Norse mythology, and perhaps cast herself as one of the Norns, the three Wise Women who weave our fate at their cosmic looms. Or she may have returned to earth and after much wandering and many challenges, will found a new school for textile conservation in a country that sorely lacks one.

But in any case, part of her spirit still resides in our Victorian house which is just over the road from Epping Forest – a blessing at the best of times but never more so than during the Covid-19 lock-down. Karen came here in 2004 because her lack of mobility was making it increasingly difficult for her to cope on her own at the house in Ealing which had once been her studio. We helped her clear out the house and to sell it, and some of the money from its sale was ploughed back into making our own house more suited to her needs. At first she moved upstairs, our younger son Jacob swapping rooms for her. But she really needed to be at ground level, so we called in an architect and spent about two years planning a “wrap-around” extension to the front and side of our house which gave her a separate unit comprising bathroom and sleeping area, sitting room with a kind of half kitchen, and a brightly-lit “garden room” with a tiled floor taken from our old lean-to conservatory which had been sacrificed to the extension. A pair of double glass doors, also salvaged from the old lay-out, connect Karen’s living space to our newly extended back living area. As with the tiny downstairs bathroom and utility area that led off from our new kitchen, constructing Karen’s apartment was, as our architect put it, like putting a “quart into a pint pot”. But the family kitchen and sitting room now overlook our back garden, which had previously been hidden by the lean-to, and is large and airy, at its best in the late afternoon when the westering sun fills it with light. So adapting the house for Karen’s needs made it a better and brighter place for all of us.

Karen – or Mormor as she was generally referred to by our children and many of our friends and family – played a full part in the plans and made some suggestions which very definitely improved the architect’s original idea for her area. Once she moved in, she set about making sure that it would reflect her interests and tastes, filling it with a collection of her favourite books, photos, paintings, and other art-works as well as a large number of papers which she set about organising over the next few years, and which will eventually find their way to her archive at Glasgow University. The glass shelves overlooking her reclining chair contain a number of the small decorative pieces that held particular significance for her, while the red file boxes below contain a sizeable part of her papers.

As you can see from the photographs, not a lot of has changed since Karen left us. Since she suffered from the cold, she had her bed moved from the original sleeping area, which backed onto an outside wall, to the sitting room. This has now gone back to its starting point and Norman’s old desk has been restored to its original position. By day Katrina works on her computer at this desk. In the evening she honours Karen’s memory by sitting in her comfy chair and watching one or two of the soaps that they used to religiously watch together.