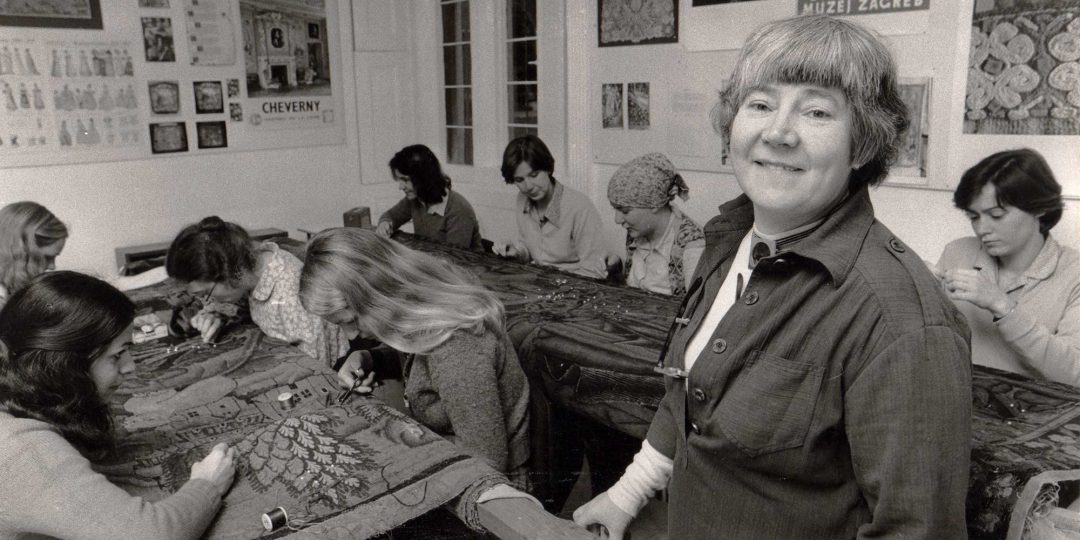 A paper presented by Karen Finch OBE FRSA FIIC to the ICOM Costume Committee at The Twelfth General Conference of ICOM, Mexico, 25th October – 4th November 1980. The theme of the Conference is ‘The World’s Heritage – The Museum’s Responsibilities’. 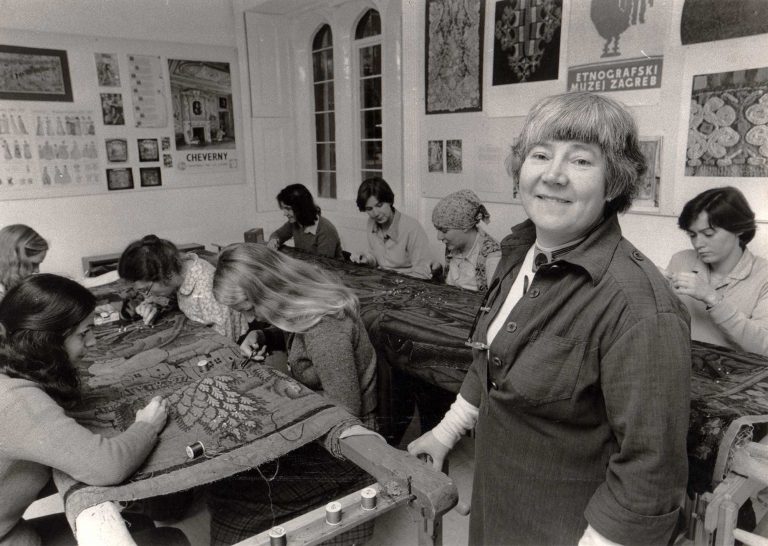 The survival of so many important objects should always be considered when assessing the means of their collecting and their possible repatriation.

The British heritage of textiles of artistic, cultural and historic importance including tapestries, embroideries, furnishings and a wide range of ceremonial pieces may be seen not only in museums and art galleries, but often still in the places where they were put in their original homes.

Many of Britain’s historic textiles were commissioned by great patrons of the Arts, who wished to embellish their home or their Church or Town Hall with work by the foremost artists of their day whether from Britain or abroad.

Such objects, together with costume and trophies of war and conquest may form the bulk of Britain’s culturally significant textiles, but amazing and overwhelming collections of archaeologic and ethnographic textile material have survived in many relatively unexpected places throughout the British Isles – brought there by intrepid British explorers, travellers, missionaries and other collectors since the reign of Elizabeth I.

It is important to lay stress on the fact that much of this material might not have survived in their country of origin – either because of a destructive climate or because of the cultural customs.

In the five years since the Textile Conservation Centre became established at Hampton Court Palace we have numbered about 20 nationalities among our students, coming from such widely separated places as New Zealand, Hawaii and Canada, Iran and Guatemala.

Several of our students have been able to study in British museums, objects from their own cultures, which may not be found in the museums in their own countries thereby underlining once more, that the World’s Heritage is the responsibility of us all.

When an object becomes a part of a Museum Collection, it attains the status of a document, to be read on several different levels of which an aesthetic appreciation may be one, though the historians, whose task it is to interpret such documents will surely put the authenticity of their iconographic, stylistic and technological evidence first.

The teaching of conservators becomes of even more crucial importance when viewed in this light, because the knowledge and competence of conservators have a crucial bearing on how authentic this evidence may be and indeed whether after conservation it will even remain to be consulted or researched.

In the words of my paper at an ICCROM Symposium in Rome in September: “The task of conservators should unquestionably be to preserve not only the physical remains of those artefacts deemed worthy of keeping, but also their possibly intangible and, at present, unseen messages.”

The task of conservators should unquestionably be to preserve not only the physical remains of those artefacts deemed worthy of keeping, but also their possibly intangible and, at present, unseen messages

To conserve ancient textiles as historic documents without destroying any evidence of their past and the information which they may provide for further research, demands textile conservators with an academically trained ability to study and absorb knowledge; to make shattered old textiles safe and aesthetically acceptable for display requires an equally trained understanding of the principles governing colour and design.

It is clearly not enough to train conservators in manual skills only, nor should we expect to recruit conservators from the limiting background of one type of education only. What is needed are people with educated minds and trained hands and eyes able to benefit from further broadly based training in history, science and technology.

Colleges of Art may train both hands and minds, but as the fundamental premise of their training is to develop artistic judgment and creativeness within the ideals of their own time, most of the concepts behind their training will have to be discarded before any artist or craftsman can become an acceptable conservator.

Discarding such hard won concepts usually begins with a long and disturbing process of disappointment and resignation and involves changing from the subjective viewpoint of the artist to the objectiveness of academic research and study.

The importance of combining the trained hands and eyes of the artist with the knowledge of history and science necessary to make a sound conservator is seen most clearly through the fact that conservators are often closer to an object in need of conservation for a longer period of time than anyone else since the original creator of the object and therefore the conservator has a unique opportunity for examining all facets and clues to its construction and history.

This means that clues of many kinds may be lost unless the conservators have both the historic and the technological knowledge to recognise the exceptional and explain their findings to both the historians and the scientists, which means that the ability to communicate is equally important.

Textile conservation ranges over a very wide field with many diffuse areas and most conservators have acquired their experience by working in specialised collections to very different requirements.

If we believe that the objects we conserve should be seen as links in ever extending chains of knowledge – like any other document of history – we also understand that no conservator could possibly amass all the knowledge necessary to cope with all aspects of our enormous International Heritage of artistically and culturally important textiles – all we may expect any training in textile conservation to do is to create the foundation for the necessary teamwork and proper exchange of knowledge and experience between the three corners of our triangle: