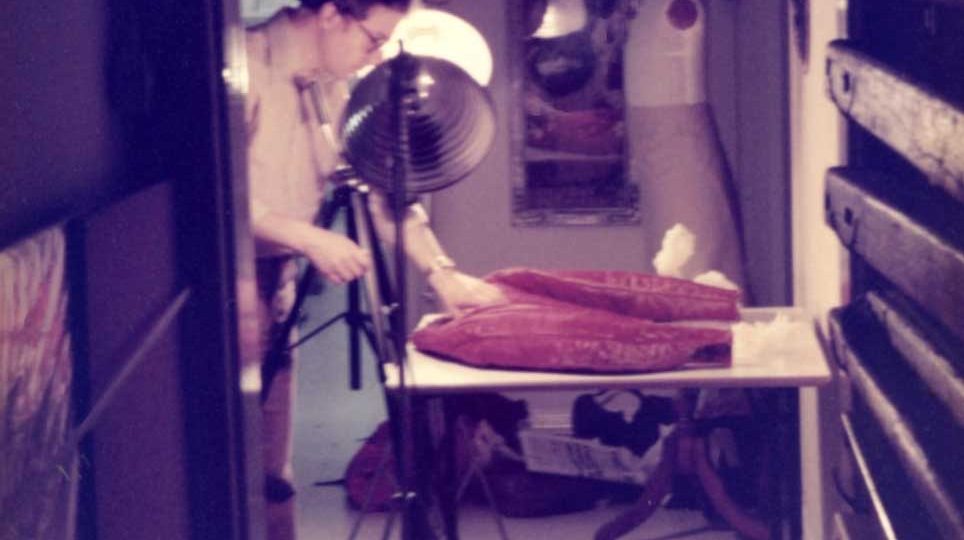 Extract from talk at the Textile Conservation Symposium

The following is an extract from a talk given at the Textile Conservation Symposium in October 1975 at St. Anne’s College, Oxford 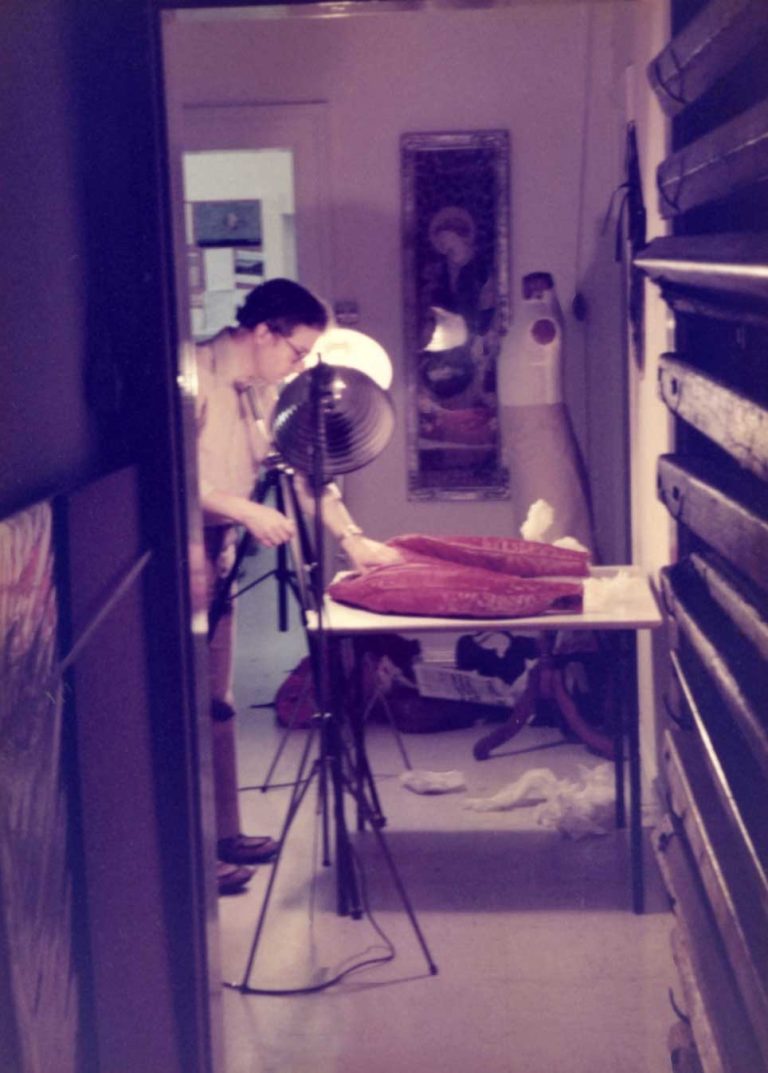 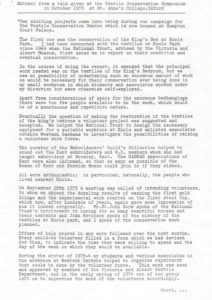 Two exciting projects came into being during our campaign for The Textile Conservation Centre which is now housed at Hampton Court Palace.

The first one was the conservation of the King’s Bed at Knole Park. I had been concerned with the textiles at Knole Park since 1969 when the National Trust, advised by the Victoria and Albert Museum, first asked me to report on their condition and eventual conservation.

In the course of doing the report, it emerged that the principal work needed was on the textiles of the King’s Bedroom, but we saw no possibility of undertaking such an enormous amount of work as would be necessary for their conservation ever being done in my small workroom in which students and associates worked under my direction but were otherwise self-employed.

Apart from considerations of space for the enormous bed hangings there were too few people available to do the work, which would be of a monotonous and repetitive nature.

Eventually the question of making the restoration of the textiles of the King’s Bedroom a volunteer project was suggested and accepted. We helped the National Trust to design the necessary equipment for a suitable workroom at Knole and enlisted associates outside Western Gardens to investigate the possibilities of raising a volunteer work force.

The curator of the Embroiderers’ Guild’s Collection helped to sound out the Kent embroiderers and W.I. members whom she had taught embroidery at Bromley, Kent. The NADFAS Associations of Kent were also informed, so that as many as possible of the Women of Kent and Kentish Women could join in if they wished.

All were enthusiastic; in particular, naturally, the people who lived nearest Knole.

On September 28th 1975 a meeting was called of intending volunteers, to whom we showed the dazzling results of washing the first gold fringe and the experimental work started on the first stool top, which now, after hundreds of years, again gave some impression of how it looked originally. Mr. St. John Gore spoke of the National Trust’s involvement in caring for so many beautiful houses and their contents and John Nevinson spoke of the history of the textiles at Knole Park, and I spoke of the conservation work planned.

Unless textile conservators understand a little about design, we would not know when our work becomes intolerable interference with work done in another age, with different ideals

Offers of help poured in and more followed over the next months. Every would-be volunteer filled in a form which we had devised for them, to indicate the time they were willing to spend and the day of the week on which they would be available. During the winter of 1973-4 my students and various associates in the workroom at Western Gardens helped to organise repair work that could be done by the volunteer force. This work was seen and approved by members of the Victoria and Albert Textile Department, and in the early spring of 1974 one of our group left us to supervise the work of the volunteers accordingly.

Early in 1975 the project ceased to be my responsibility, as the King’s Bed belongs to the Treasury and so comes under the jurisdiction of the Victoria and Albert Museum, who wished to assume direct responsibility for the conservation of this beautiful bed. We were of course sad not to see the job through, but relieved to know that the work would continue under the capable care and direction of the Victoria and Albert Conservation Department, secured by the official sources of a Government Department.

The second marvellous dream became true – this was the tapestry course at West Dean College in Surrey, tutored by Eva‐Louise Svensson, who has spent most of her life working with tapestry, first in her native Sweden and then in France. She has also studied tapestry-weaving in America and Britain and worked with me from 1964 on various projects including the conservation of the United Nations Tapestries in New York. The Course teaches traditional tapestry techniques and modern design; students get a crash course of only one year, after which they should be able to teach themselves anything they might want to do, but for which there is no time in 3 three-month terms.

The course is for people who are interested in working with large tapestries, whether they be weavers or designers – including painters who need to know about the special properties of wool and dyes that makes their effects different to paints on canvas, and textile conservators who need to know about designing in the idioms of their own day, if they are to understand how designers in another age were influenced by their day, because unless textile conservators understand a little about design, we would not know when our work becomes intolerable interference with work done in another age, with different ideals.

This makes the tapestry course a good preliminary course for textile conservation and production of large tapestries by means of the traditional techniques should help to gain further understanding of the artistic and technical differences between art forms made from comparatively fluid textile fibres and any other art forms, which are made by more inert materials.

In conservation there is little point in restoring anything unless the conservator begins by understanding the materials and techniques of the objects in question.