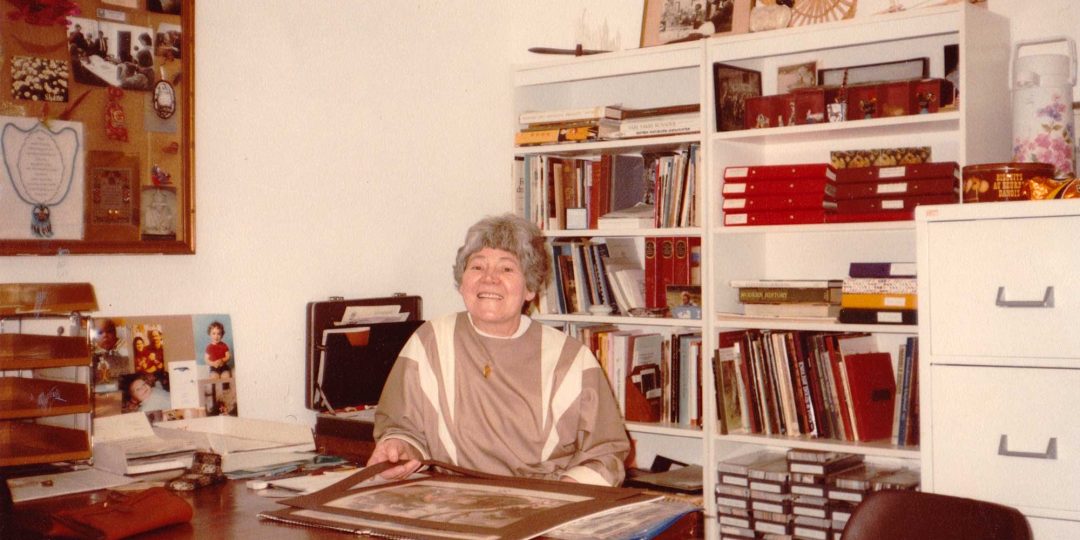 From rags to research

I much enjoyed taking part in the brilliant golden anniversary celebrations of the Weavers’ Guild in April 2000, and was delighted by the interest shown in my gold collection. In response I shall outline where it came from and its purpose. 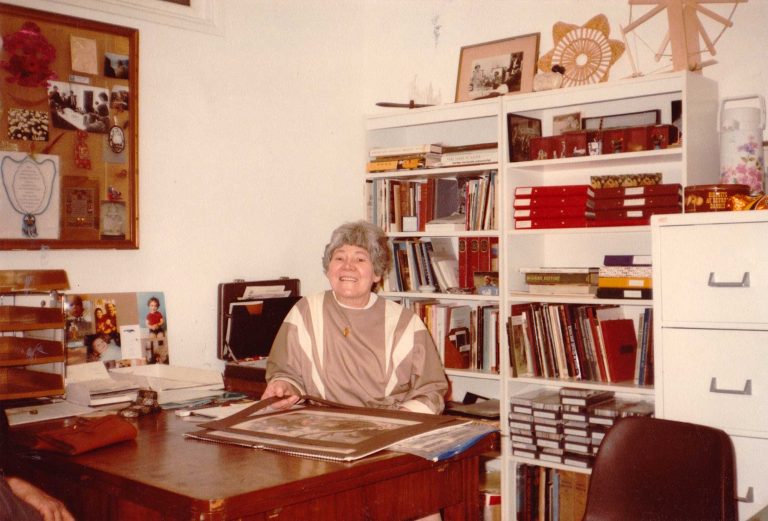 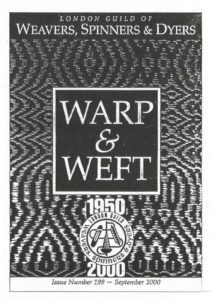 When I married and came to England in 1946 I had just completed a three-year course in weaving and design at Kunsthåndværkerskolen in Copenhagen. At that time the Art School was still housed in the Museum of the Decorative Arts. I had loved the collections there and the library and learning a little about responsible conservation from the Museum staff, but I was really intent on designing modern rugs and furnishings – I had even won a prize for design! However, Scandinavian design was not yet valued here, so when I was offered a position at the Royal School of Needlework with opportunities to work with tapestries I accepted – and became fascinated by the variety of textile techniques, materials and dyestuffs to be found in the textiles coming in for repair. I stayed till my daughter was born in 1948.

We lived in Bayswater, so I shopped in the Portobello Market passing the junk stalls on the way. Some of the traders dealt in old textiles, often little bits with price tags in pennies; sixpence was expensive. At the end of the day unsold bits were, as often as not, discarded. If I saw them I picked them up. People began to think I was a collector and gave me more – sometimes whole family ragbags going back to the 18th century.

In 1954 I took another job, this time at the Victoria & Albert Museum in the Artwork Room, later the Conservation Department. There my interest in techniques was shared by a dear colleague, whose spare time was taken up with teaching embroidery at evening classes. She had quite a large teaching collection, including gold and silver threads. When she died her husband gave it to me. Most of the gold you saw at the anniversary celebrations came from Evelyn Birkill.

After five years at the V&A I left to get back to weaving and design – but the V&A Textile Department began to refer interesting conservation commissions to me and students began to arrive and my work took another direction. The collection continued to grow – more ragbags were offered. Sometimes commissions had patches on the back, unrelated to the original and, therefore, not wanted by the client, who would usually ask me to dispose of them. The patches, too, became part of the impromptu teaching material. Important-looking textiles were offered to the V&A and were sometimes passed on to other museums. A few pieces were accepted by the V&A themselves.

The Development of the Collection
Sometimes boxes would appear in our hall with a note: “Can’t stop, emptying auntie’s house and thought you might like this!”

In 1969, when I was asked to “teach about textiles” to the History of Dress students at the Courtauld Institute of Art, the collection was put into 16 boxes, one for each aspect of their course, and came to include samples of the practical research done by Ninna Rathje, fellow student at Art School in her capacity as leader of the Textile Research at the Historical Archaeological Research Centre at Lejre in Denmark and my own embroidery and weaving samples from various art courses and also books and other library material. In 1971 we began to work towards setting up the Textile Conservation Centre as a charitable company limited by guarantee. Charitable status was the prerequisite for charitable funding and the acceptance of an offer of a Grace and Favour Apartment at Hampton Court Palace – on a temporary basis until permanent accommodation could be found. From 1973, when the first post-graduate pilot course in textile conservation was set up in conjunction with the Courtauld Institute, the collection began to provide material for the introduction to textile conservation techniques. In 1975 the charitable status and company achieved, the Centre, the pilot course, the collection, all our equipment and a long list of the Nation’s treasures undergoing conservation were moved to Apartment 22 at Hampton Court Palace. We were the first independent charitable company to be given Grace and Favour accommodation for our work. The attendant publicity swelled the collection even more. Sometimes boxes would appear in our hall with a note: “Can’t stop, emptying auntie’s house and thought you might like this!” – no name but boxes full of useful teaching material, sometimes including pieces of gold work embroidery and lace and fragments of other, once precious, fabrics or the kind of day-to-day household textiles that rarely survive because of their ordinariness.

In 1978 the pilot courses turned into a three-year post-graduate diploma course in textile conservation with the collection continuing to provide initial conservation experience and (with the employment of the first conservation scientist to work full time with textile conservators) source material for scientific research into fibres, dyestuffs and finishing chemicals.

Present Status of the Collection

After my retirement as Principal, my title was changed to Founder of the Textile Conservation Centre, and the collection became the Karen Finch OBE Library and Reference Collection. In 1999, after 24 years in temporary accommodation at Hampton Court Palace, the TCC, under the Directorship of Nell Hoare, became part of Southampton University in its own purpose-built premises on the campus at Winchester College of Art. The new Centre offers courses in Conservation, Cultural History and Museology at MA, M.Phil and PhD levels, continuing professional development programmes, and visiting studentships. The Collection, now housed in a state of the art storage facility, continues to expand and will, no doubt, continue to furnish material for ever-widening fields of research, possible because of its special nature and its criteria that each piece should be an example of its own time.

l was fortunate in July to go to an open day in the new building of the Textile Conservation Centre situated on the Winchester Campus of Southampton University. I knew the former accommodation in Hampton Court Palace with difficult lighting, narrow spiral stair case, either too hot or very cold and not enough space. The new Winchester building has a series of specialist laboratories, double height and north light. Facilities include separate laboratories for analysis, dyeing, washing, photography and a dark room. The display of conservation work included tapestries and banners, shoes, fine silk garments and upholstery. So impressive and very enjoyable.

Warp & Weft is published every quarter by the London Guild of Weavers, Spinners and Dyers. For more information about the Guild please visit their website: www.londonguildofweavers.org.uk.