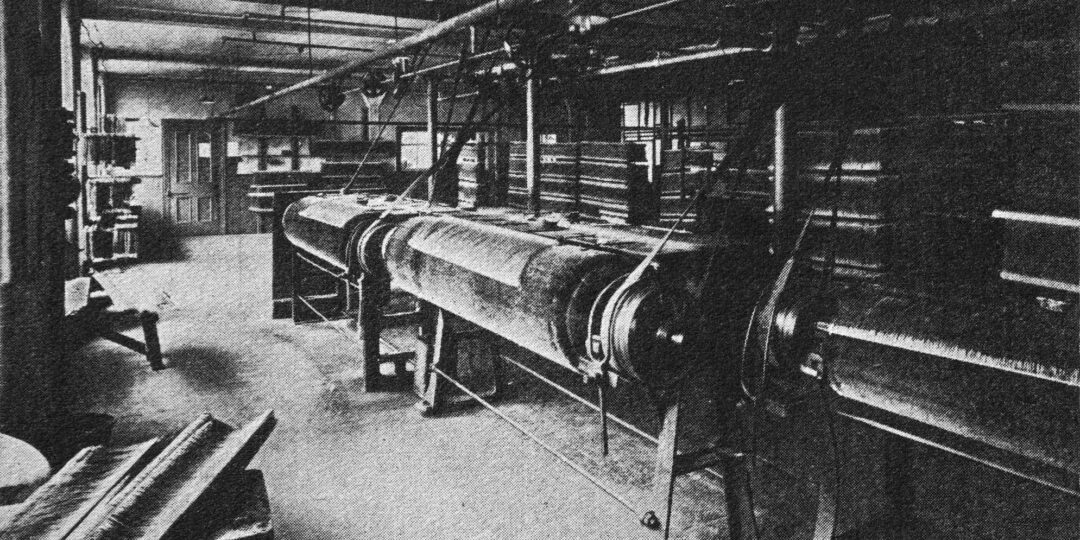 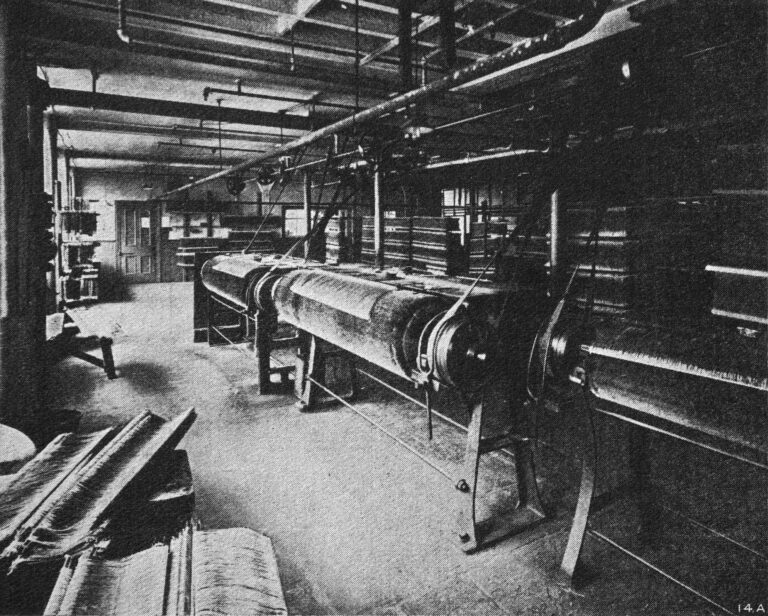 As important as healds and reeds are to the weaving process, little has been documented about their history or production. Alfred Barlow cursorily encapsulated the developments in heald making: ‘Healds were formerly made by hand by means of a reel, &c., and many are still formed so. […] Heald-making machines are often of very complicated and ingenious construction’.1 Alfred Spitzli pronounced the metal heddle to have superseded those made of twine, but admitted: ‘Twine harnesses are still in use; the twine is heavily coated to make it smooth and durable’.2 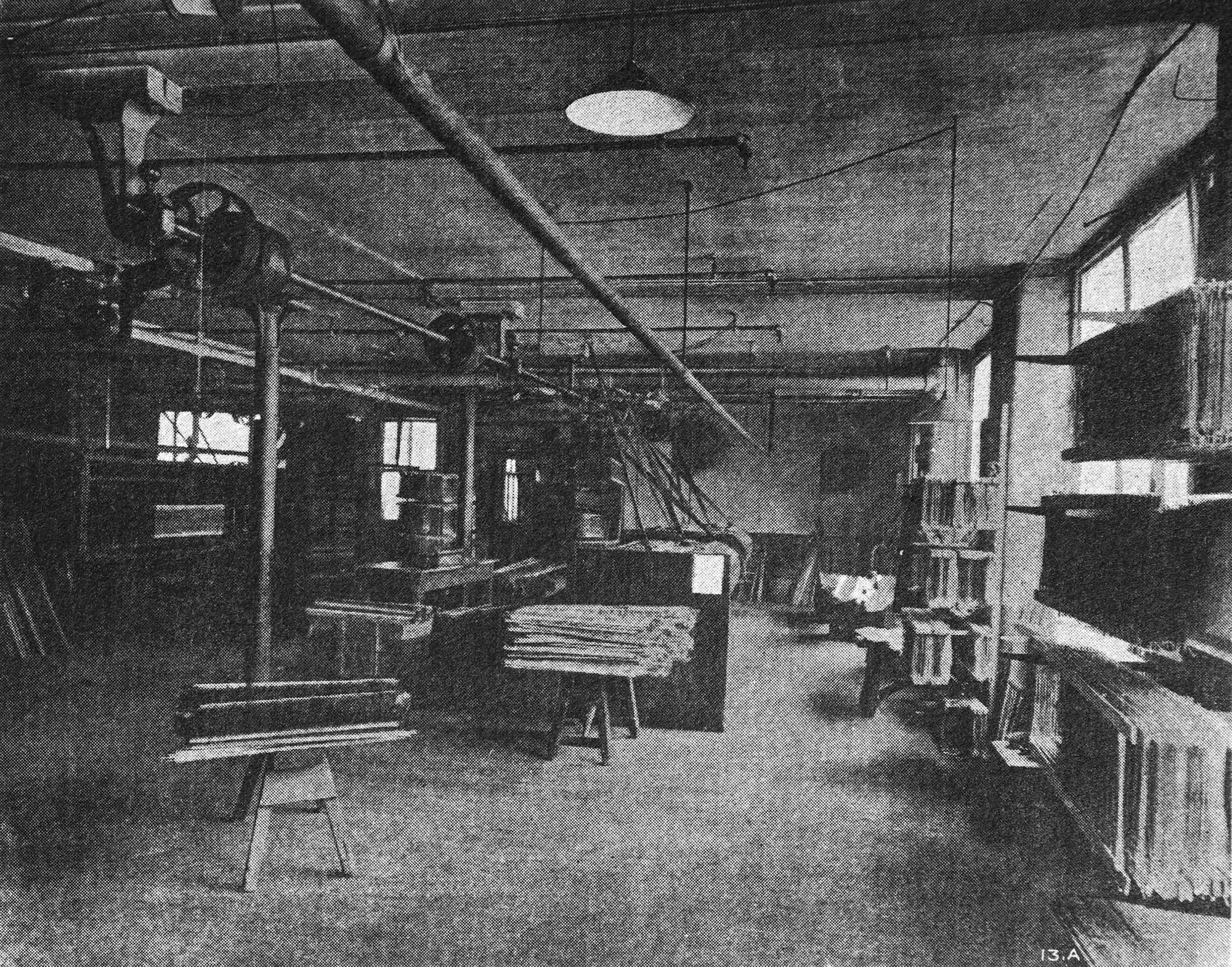 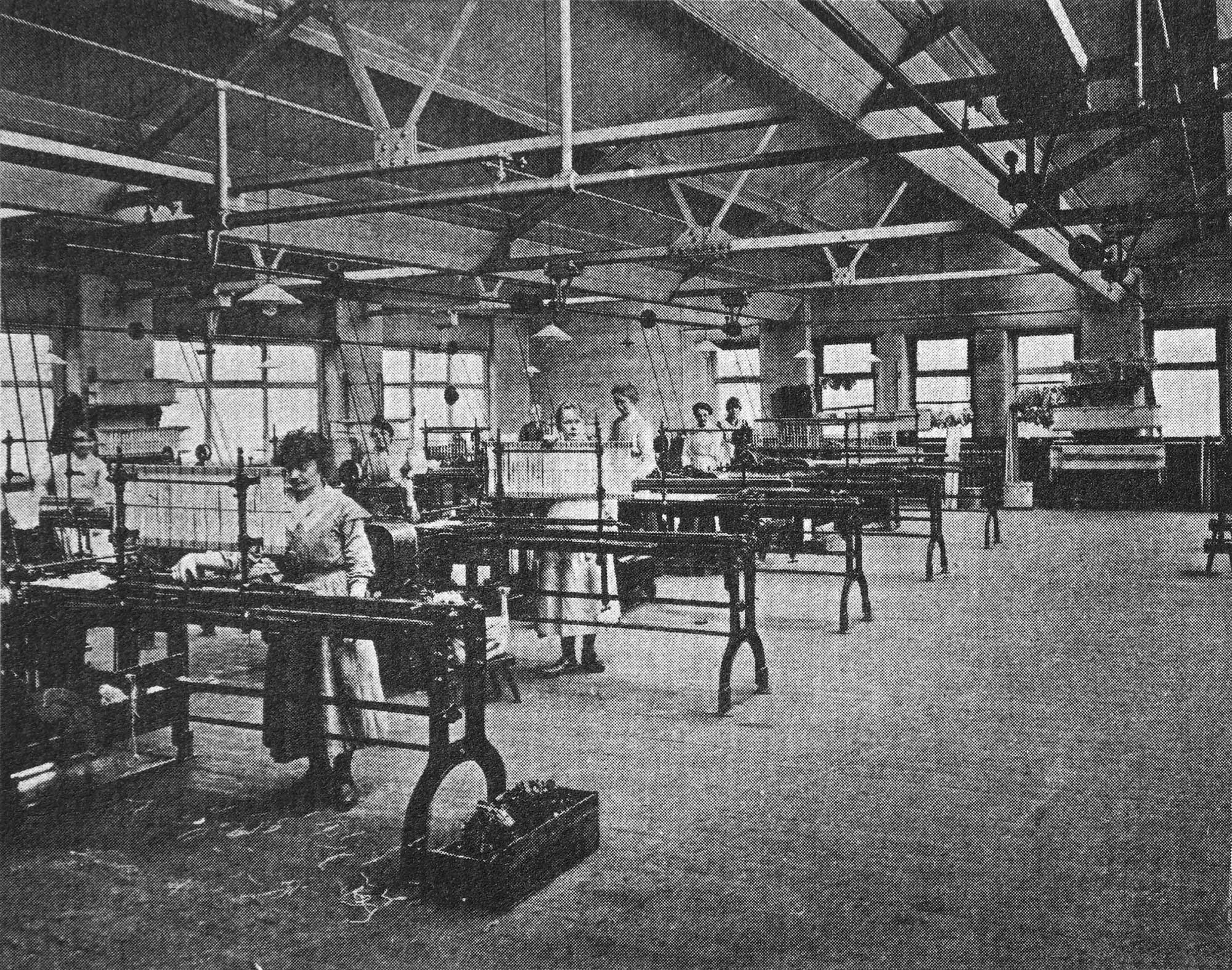 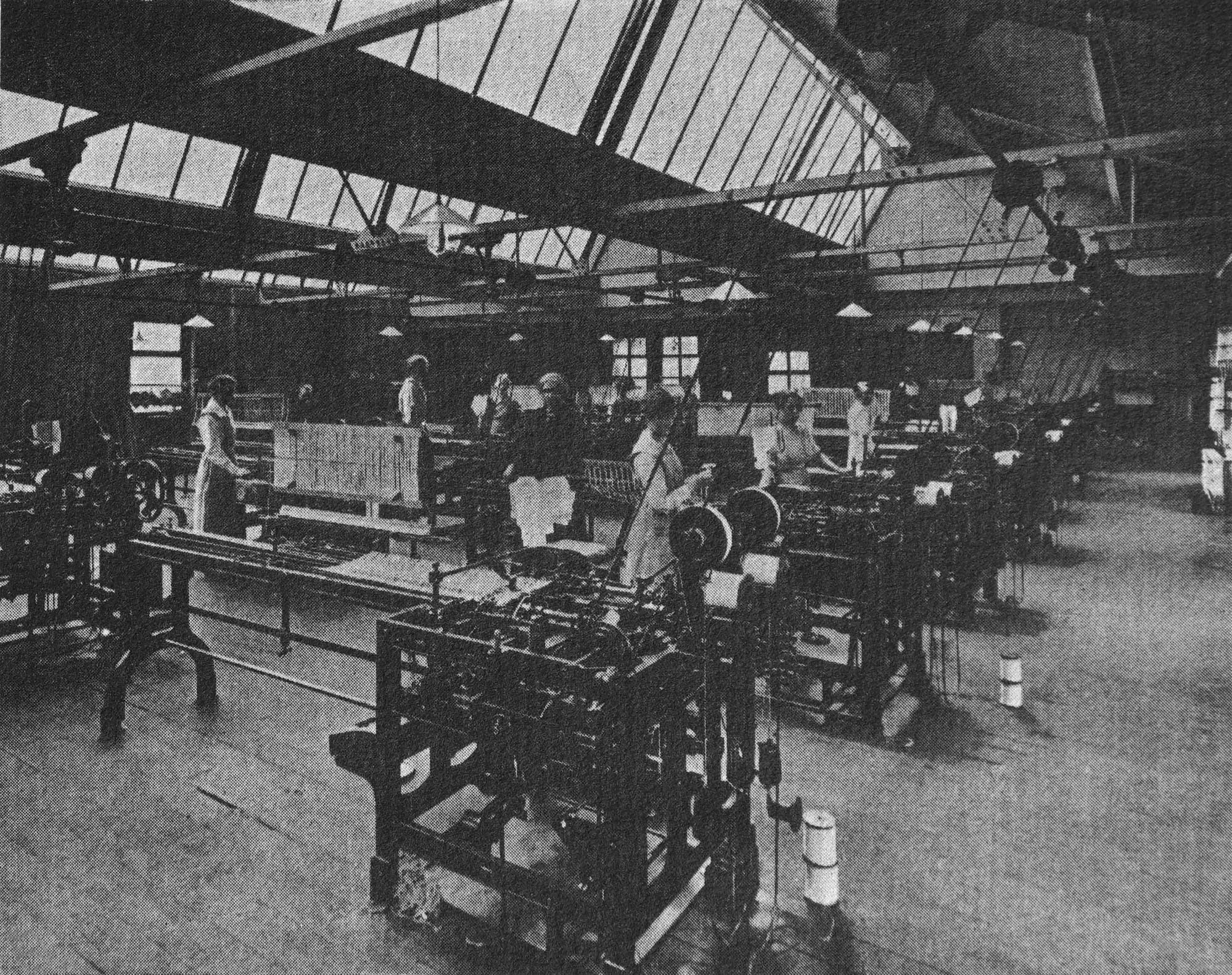 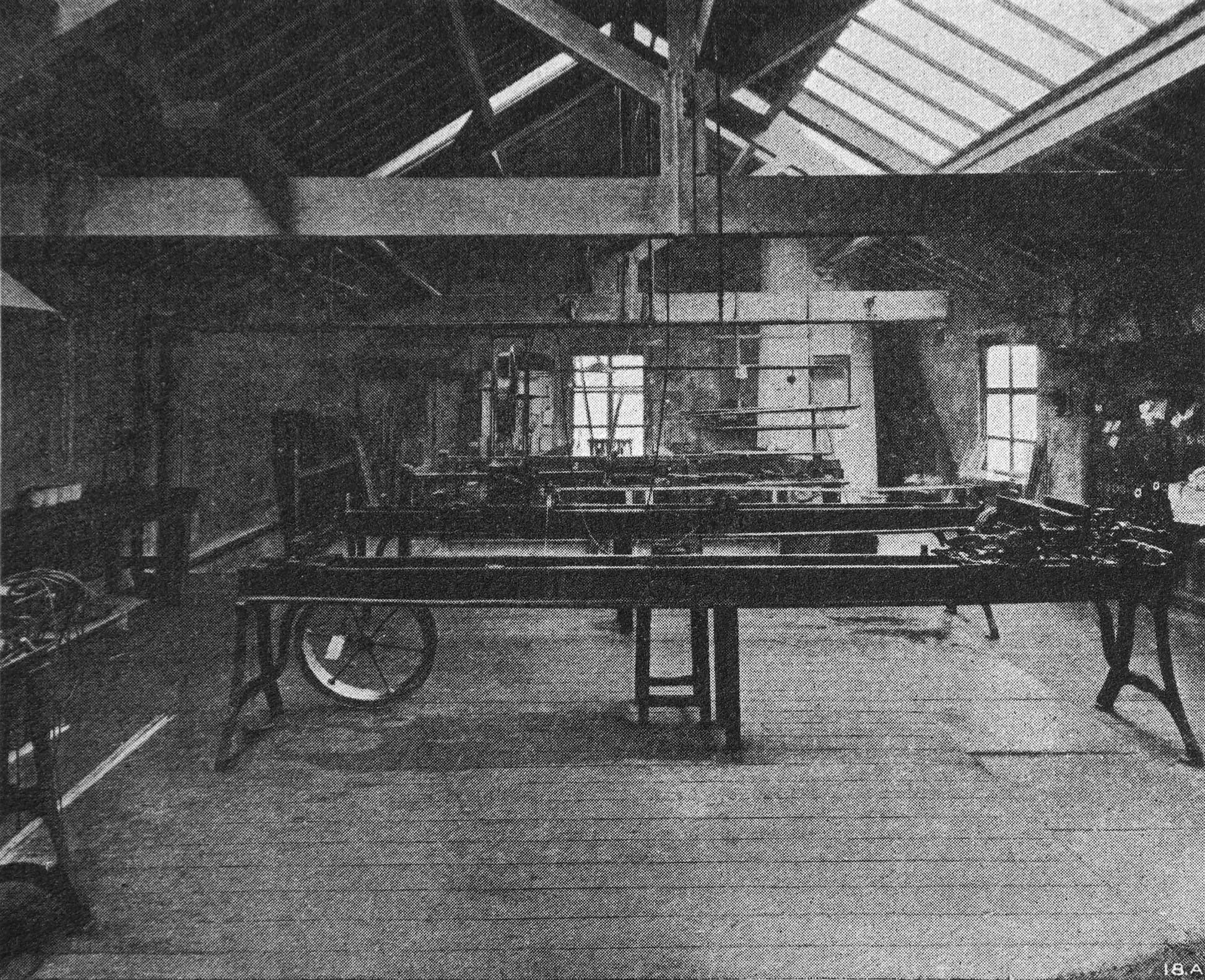 Karen Finch had in her collection some hand-made reeds made using natural split reed. As John Kay, inventor of the fly shuttle, introduced metal reeds in the eighteenth century and these were widely taken up, the split reed examples probably date to the early nineteenth century or before. On the subject of reeds, Spitzli waxed more eloquently, also possessing an early example:

‘Reeds are a series of narrow strips of metal, between which threads of the warps pass in the loom. […] The derivation of the name is from the material used for the narrow strips years ago, viz., split reeds. The writer has a very fine reed of this description still in his possession. The origin of the word split, for dent, is also explained by this allusion to the original material used for reed making.’3

‘Reed making was formerly a handicraft process, but machinery has long been used for the purpose. The wire is inserted and cut off at the desired length, and the waxed twine wound round the wood strips, and then pressed together to any desired gauge. A stronger wire is put at each end to strengthen and protect the fine one, and the waxed threads are covered with paper to prevent injury to the warp.’4

We can see that a detailed account of reed-making is much desired.

The photographs accompanying this article document the heald and reed making process at the height of the factory production era. Although no contemporary description is available, we can see the hybrid hand-and-machine production of the time, and the images capture some of the young workers at their trade.

The heald and reed making company pictured here began in 1879 as S. Horrocks and Son based at the Bolton Heald and Reed Works. Samuel Horrocks had previously worked as heald maker in the family firm located at Pilkington Street, Bolton.5 Horrocks’s new firm advertised for ‘Good Hand Heald Knitters’ the next year.6 In 1881, the firm was incorporated as the American Heald Company Ltd.; the records of this firm are held in the National Archives.7 In June 1890, a decision was taken to restructure the company, and on the 15th October 1890, the newly organised firm was registered as the Bolton Heald Company Ltd with a capital of £10,000 in ten pound shares. Subscribing shareholders were: Dyer Smith, Bolton, cashier; W. Wallwork, Bolton, commercial traveller; J. A. Brunt, Bolton, manager of heald works;8 C. Marshall, Deane, weaving manager; G. F. Bancroft, Preston, weaving manager; J. Hibbert, Bolton, cashier; and T. Berry, Bolton, bookkeeper.9

The business prospered quietly, apart from the tragic death by scalding of the foreman heald varnisher, John Yates, in 1901 when he opened a manhole cover during routine cleaning of the boiler.10 However, the workpeople are mainly known for their donations to the Working Men’s Hospital, and occasional mention of their annual works party. Local girls from 13 to 14 years of age were recruited as heald knitters.11

The firm, located at 9 Punch Street, off Blackburn Street in Bolton, gradually outgrew its premises. Plans were approved by May 1907 for extension of the works on the same site.12 In 1911, a company advertisement for a reed maker to take charge of the reed making department testifies to the further growth of operations.13 In May 1912, a large plot of adjoining land was purchased and cleared, and the building expanded and modernised with electrically driven machinery and lighting, automatic sprinklers for fire safety, and spacious workrooms.14 It is likely that the photographs were taken on completion of this work in 1913.

The company was acquired by the Amalgamated Cotton Mills Trust Ltd in March 1920 upon the purchase of John Haslam & Co. Ltd,15 of which it had become a subsidiary.16 It was to celebrate this amalgamation that the photographs were published in 1920.17 The company was formally dissolved in 1972, although operations had probably ceased some years before. 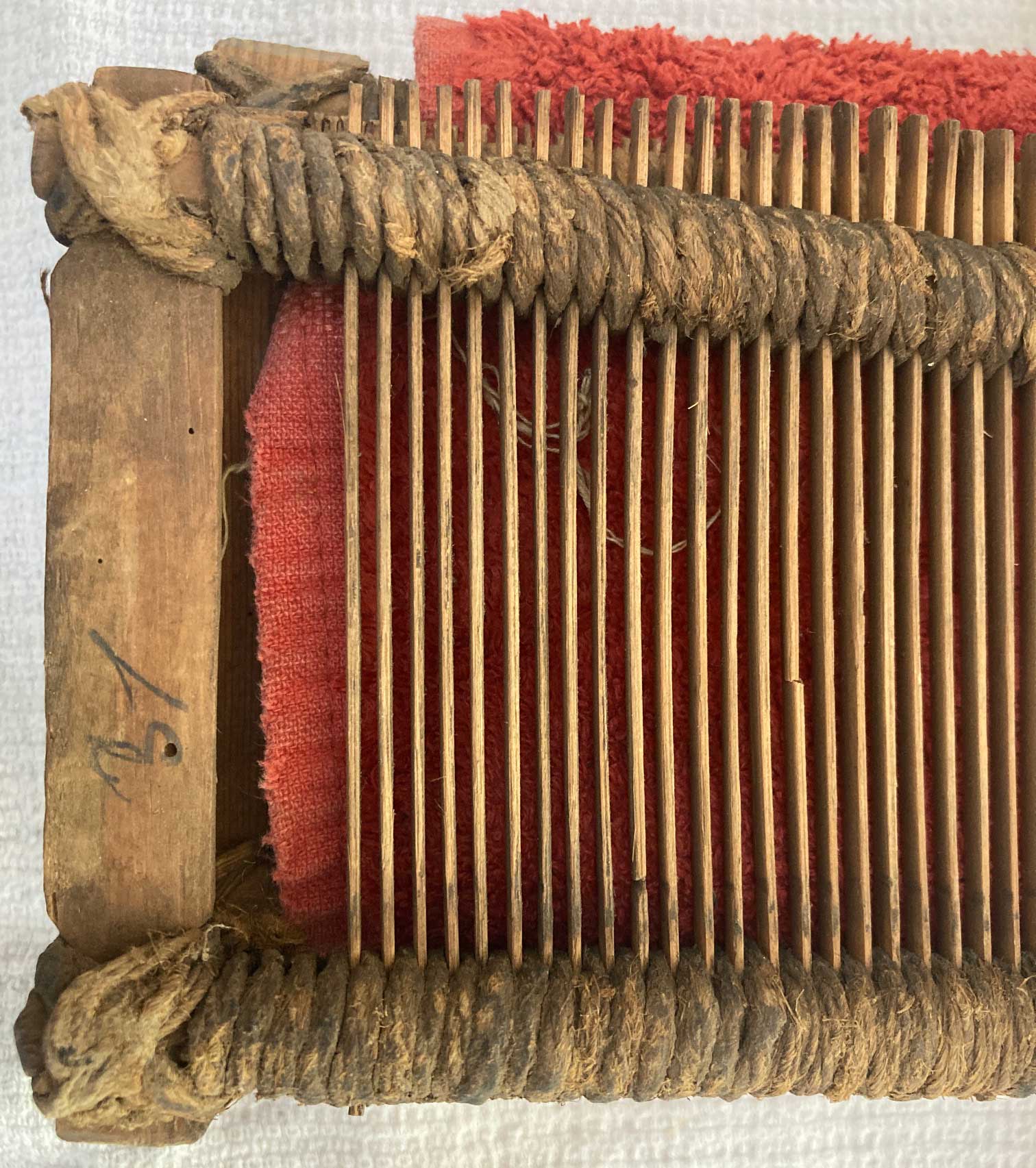 A detail of one of the reeds in Karen’s collection, possibly eighteenth century. We can see here the simple constructional technique of split-reed reeds. A wrapped cord serves simultaneously to space the splits and to bind them between the cross bars. A sizing agent painted on the cord would have protected it and strengthened the construction. The number (31) inscribed on the end bar is the number of ‘dents’ per unit length; numerous local measuring systems were in use. Overall size about 10 x 121.5 cm. Provenance unknown, presumed English.