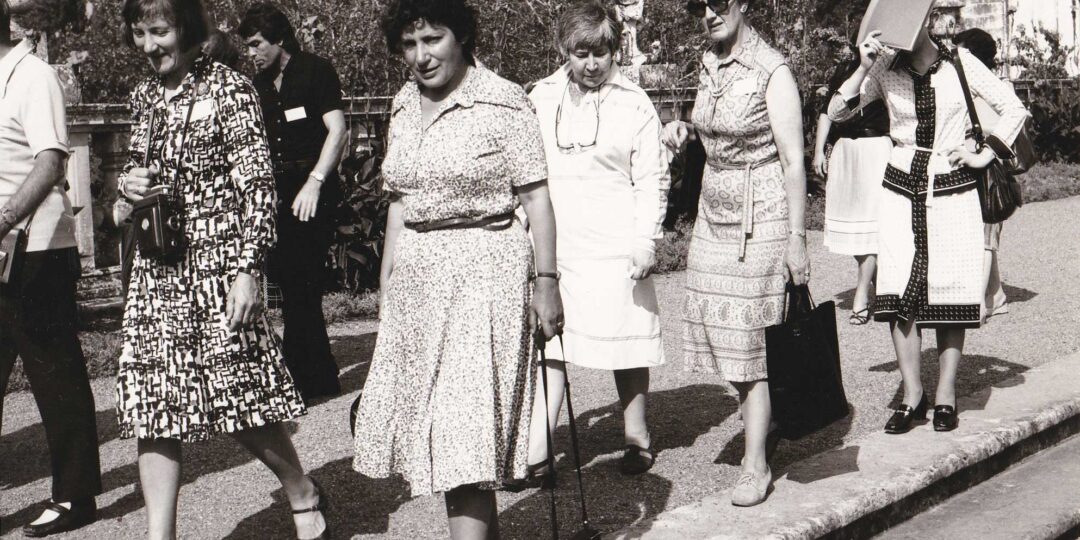 A tribute to Madeleine Ginsburg 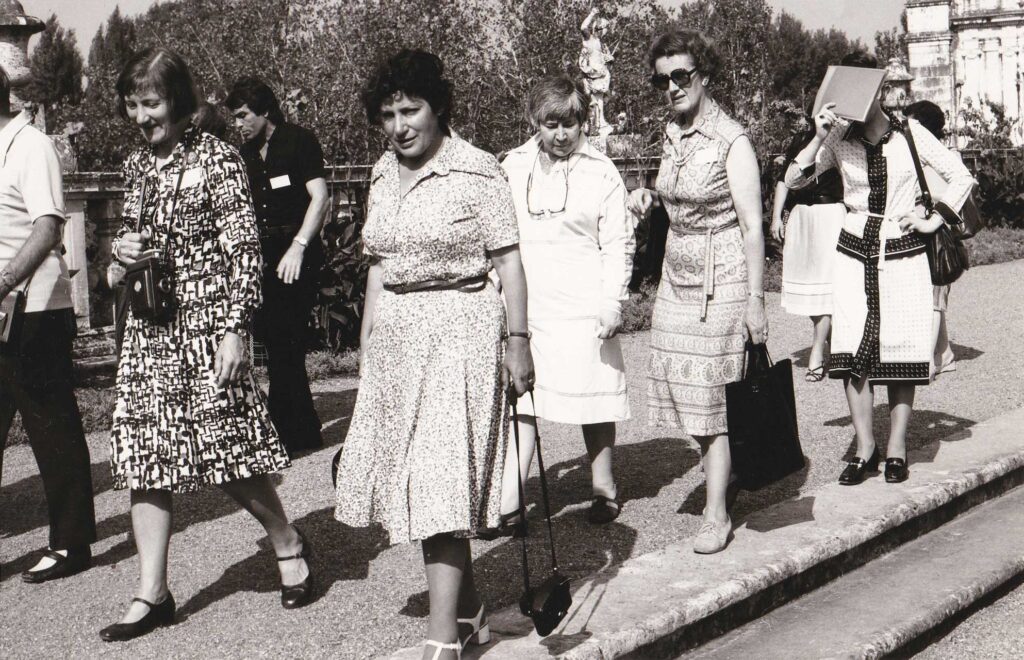 Left to right: Hanne Frøsig, Madeleine Ginsburg, Karen Finch, Jenny Schneider. Picture taken at an ICOM costume committee meeting believed to have taken place in Lisbon, 1978. Please contact us if anybody knows more about this photo.

In 1965, Roy Strong became joint secretary of the newly-formed Costume Society along with Madeleine. He recalled the tensions inherent in the Society at the start. Chairman Donald King’s ‘attitude to dress was what I would categorize as cool, and he was a solitary male presiding over a department staffed entirely by women whose relationships at best might be described as fractious. Among them was Madeleine Ginsburg, the quick-witted, affectionate, if at times, over-extended, curator into whose orbit came the dress collection and its display in the Costume Court’ (‘The Creation of the Costume Society: A Personal Memoir’, Costume, 49 (2), 2015, p.153).

Lou Taylor’s account of dress curatorship and the Victoria and Albert Museum relates that when Madeleine arrived at the V&A in 1957, she discovered that the Civil Service had ‘weeded’ (as a matter of policy) the files on dress acquisitions, removing their background and the reasons for acceptance. Persevering, by 1958, the costume collection had its own display gallery; Taylor cites Quentin Bell who wrote that ‘it would be hard to find a gallery at once so large and so unsuitable for this purpose’, but it had ‘been arranged, cared for and adjusted with an intelligence and a taste which deserved more extensive means and more favourable opportunity.’ Taylor goes on to relate that ‘By June 1962 the Costume Court had reopened with a display of 120 examples of European fashions from 1570 to 1947. This was planned by the Assistant Keeper, Peter Thornton and Madeleine Ginsburg […] Ginsburg was clear about her own curatorial targets: they were to update the collection as fast as possible. “Unfortunately,” she explained to readers of her Guide to the Costume Court, first published in 1962, and in terms that can hardly have endeared her to her employers, “there are no good examples of the day clothes of the 1930s in the museum collection.” Further, “the fashion story reflecting the present age of the atom bomb, the affluent society, synthetic fabrics and mass production, is not represented in the museum’s collection”’ (Establishing Dress History, Manchester University Press, 2004, p. 120).

Witness to Madeleine’s over-extendedness, and her own broad interests in dress, in 1960, amidst planning for the Costume Court, she found time to author a small picture book on Dolls for the museum. Over the next three decades, her publications took up and championed nearly every neglected or disparaged area of dress history: ethnographic costume (1965), the making and distribution of clothes (1967), hosiery (1968), tailoring and dressmaking trades (1972), fashion from 1900-1939 (1976), fans (1979), the second-hand clothes trade (1980), fashion illustration (1980), wedding dress (1981), dress in photographs (1982), fashion dolls (1986), hats (1990), and dress collecting (1991). By the time she left the V&A, the institution for which ladies’ dress was ‘not considered “nice” for gentlemen curators to collect’1 was a leading proponent of dress research and contemporary collecting.