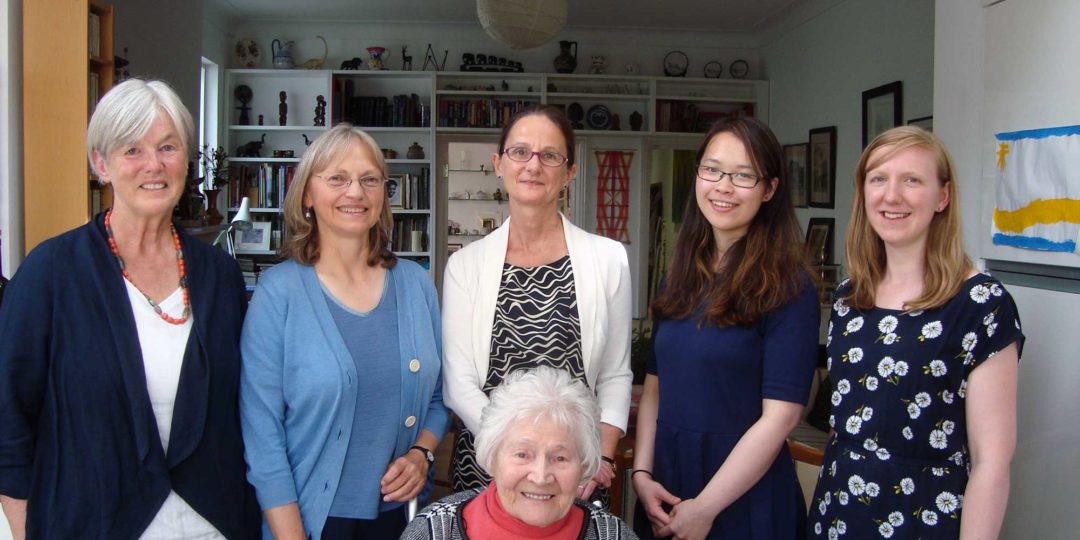 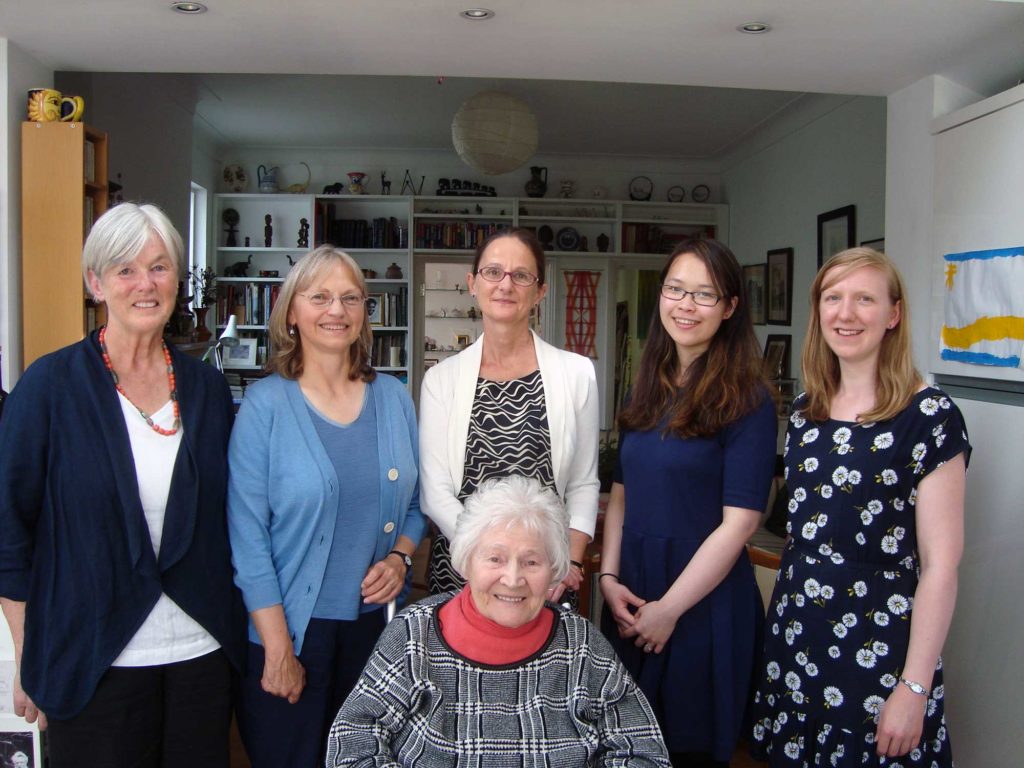 Karen was visited in Walthamstow by Clare Meredith, Frances Lennard, Nell Hoare, Geraldine Sim and Fiona Wain, who was the recipient of the prize in 2015.

This prize is in addition to the already existing Karen Finch Bursary, awarded to one student every year. 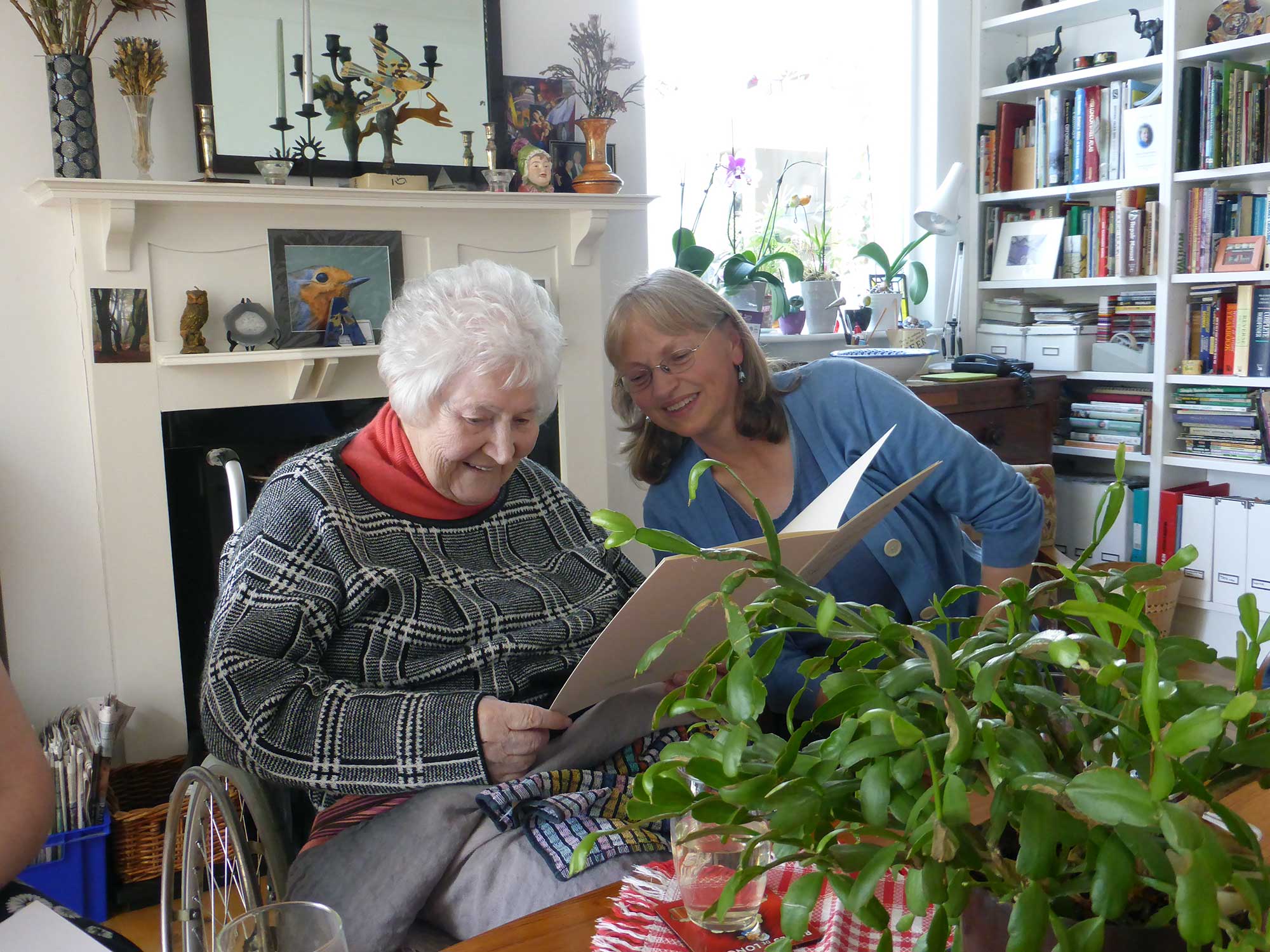 Karen with Frances Lennard, looking at the signed card marking the 40th anniversary of the TCC, 2015 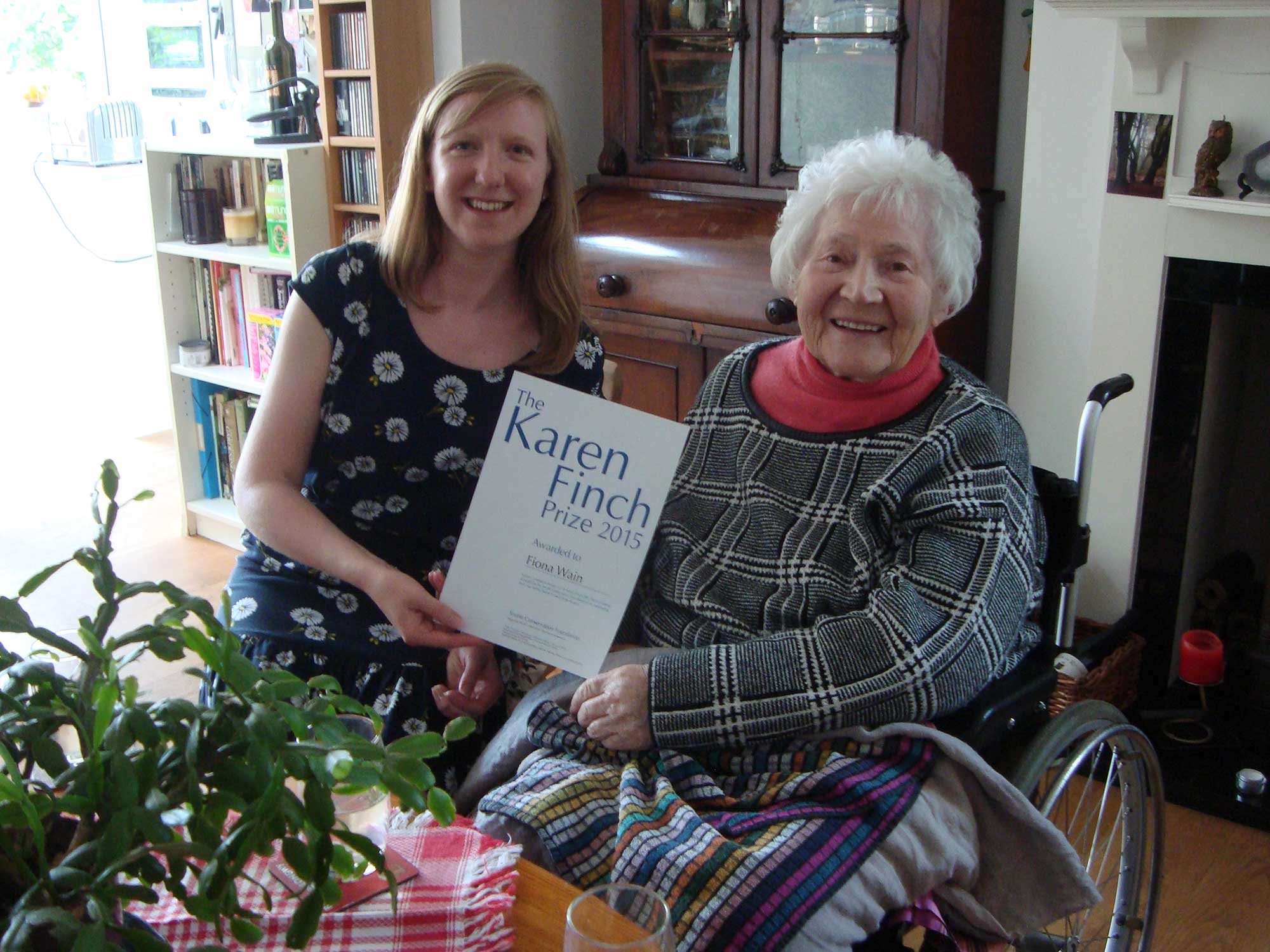 Karen in Walthamstow with Fiona Wain, recipient of the 2015 Karen Finch Prize