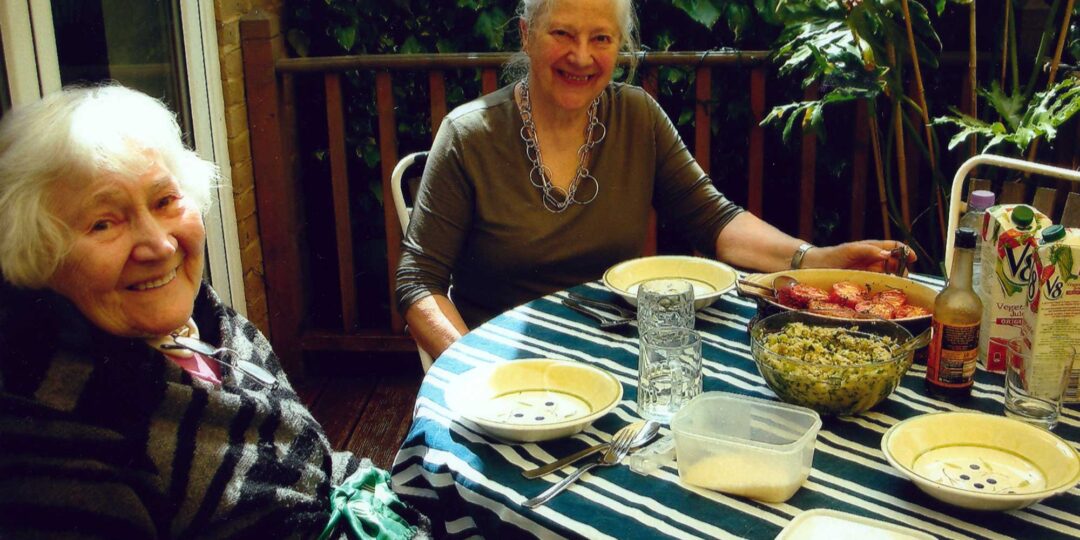 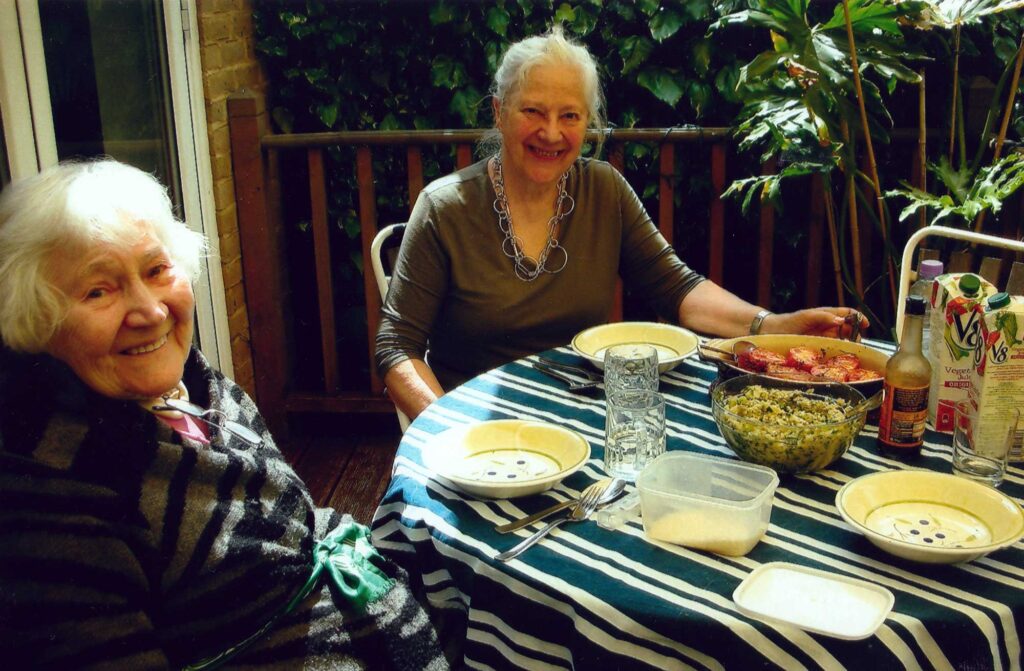 My sister would have been a hundred years old, had she still lived on May the 8th 2021.

She was born at our farm in Jutland, Meldgaard, situated near a village, Rødding, to the north east of Viborg.

She was the eldest of eight children and a beautiful child. My father said that he did not mind that she was only a girl. She was put to work looking after the four boys, who arrived after her, and she could never have anything to herself. Per aspera ad astra. After the four boys came three more girls.

She went to school for seven years in the village school, every second day, as it was customary. My mother had the foresight to let her be taught English by the teacher’s wife. She got interested in needlework and after school and High School, the Danish kind, she went to Copenhagen to study at the “Kunsthåndværkerskolen” in Copenhagen.

She was in Copenhagen as the war ended, and Montgomery and his desert rats came to free Denmark. In one of the many dances that were organized to thank the English, she met Norman Finch, whom she married at Holmen’s Kirke in Copenhagen the year after. That meant that she went away to live in London. As for her professional life, the rest is history.

But there is another side to her: the caring sister and daughter and the faithful friend. And the hospitable relative in London. In fact her home was always open to us all, friends and relatives.

She used to come back from Copenhagen and once brought us the first Christmas Calendar to be seen in our village. We used the same one for years. She introduced us to King Babar and his realm. As time passed she also introduced us to English folk lore.

When I was a little girl she gave me her big doll, “Storedukken”, whom I treasured very much. She sewed clothes for her in red velvet and with a white shirt to match, among other things. When she was back in Jutland for a year because of Norman’s tuberculosis that he had contracted in North Africa during the war and which was treated in Krabbesholm’s Sanatorium (because there was no room for him in an English sanatorium) then facing an unknown future, she also sewed clothes for her sisters, so we looked very smart, when we went to school in Viborg. Not an easy task, because there was a post-war lack of materials.

Arrangements were always made for her to see her old school friends and other lifelong friends, when she was back at Meldgaard. Our mother was a good host and an excellent cook, and after her departure from the farm her daughter-in-law took over, and did well. The friends also visited her in England, as late as for her 95th birthday. One came for her funeral, 96 years old.

Karen and Norman went abroad to see her old pupils all over the world. To give lectures and keep contact. She did a lot to promote (textile) conservation.

I remember with gratitude from all the years the countless museums and places of interest, she has taken us all to see.

She left her daughter Katrina Ellen and Katrina’s husband Alan, and their sons Joshua and Jacob. The four of them do not let me feel less welcome In England.