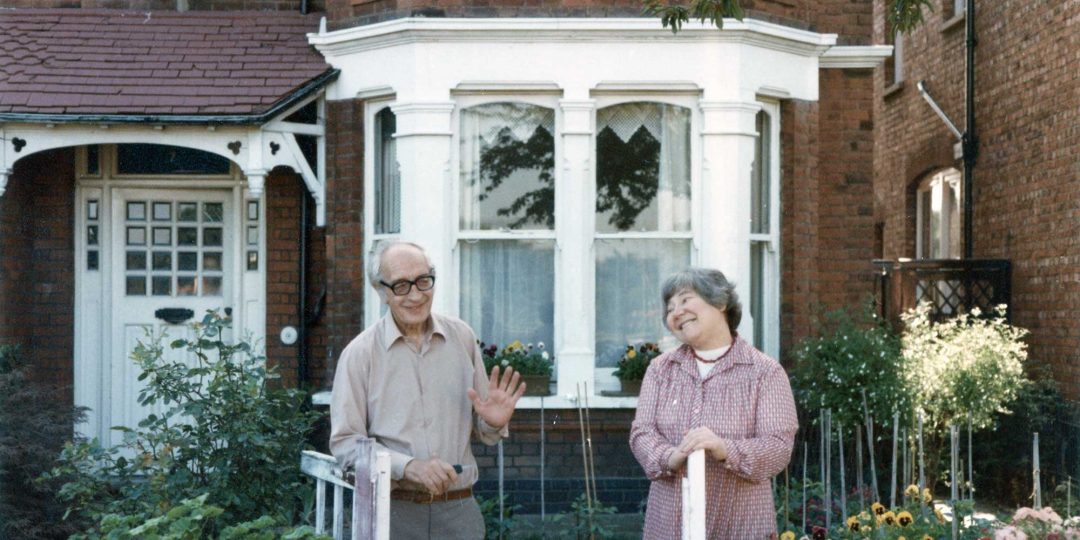 To have or not to have an aunt in London 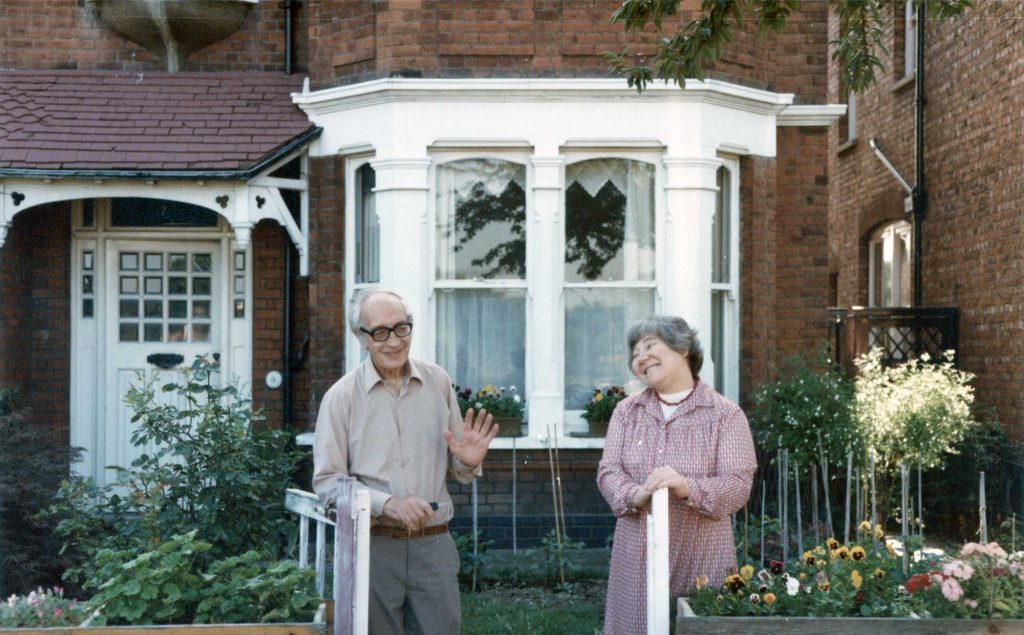 The warp and woof

On the 100th birthday of my aunt Karen Finch née Sinding Møller, I would like to honour her achievements and independent spirit. I was fortunate to have Aunt Karen in London, and more so because she shared her home with family and friends. To me, these sentences still resound with the magic of holidays, a sense of freedom, and the inspirational sensibility that was Karen’s.

I grew up in the 1960s and 70s in rural Denmark, in the village of Rødding near Meldgaard, my mother and Karen’s ancestral home. In 1910 my grandmother’s three brothers emigrated to the USA, and a generation later my mother as well as Karen and some of my uncles married into the anglophone world. A global outlook became part of their DNA. One of these fabled mythical elders was Karen, my mother’s older sister by 10 years.

Karen’s professional training hailed from the Danish design tradition. It was founded in the 1920s and 30s by, among others, her teacher at the Danish Design School, Professor Kaare Klint and the librarian Gerda Henning. They were part of a group of teacher-artists who established an uncompromising product syntax, insisting on Scandinavian aesthetics, quality materials, functionality, discreet colour schemes, and a finish resulting from endless experiments in the lab. It was, and still is, a less-is-more approach, exploring the operational and creative ranges of a timeless concept.

Karen’s generation embraced these imperatives and identified with this aesthetic. A visit to 7 Western Gardens revealed the unmistakable signs, for instance the incorporation of handicraft traditions into daily life – the wooden kitchen utensils, Karen’s woven organic textiles on the walls, the dress codes, the amber jewellery in Scandinavian heritage designs, etc. Karen and Norman’s private and professional London home integrated Nordic traditions under the umbrella of textile design, weaving, and conservation.

Karen’s Copenhagen training and tradition enabled her to transform her and Norman’s home in 7 Western Gardens into a powerhouse of cutting-edge developments in textile conservation. Her integrated studio became a platform for her research publications of standard works and her education of new generations of textile conservationists. In 1975 Karen established the Textile Conservation Centre – first at home in Ealing, then in three grace and favour apartments at Hampton Court, and eventually at Glasgow University. 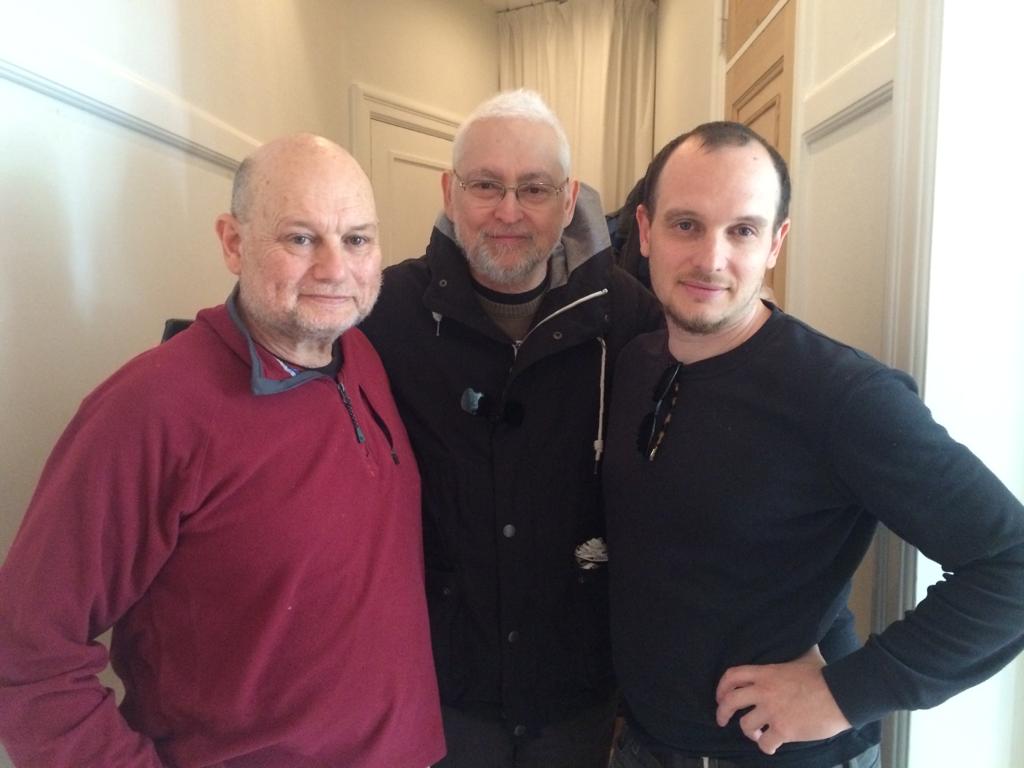 James Bulman-May with Alan and Josh in Aarhus

In the late 1970s, whenever I visited 7 Western Gardens, this development was not immediately evident. However, Karen’s achievements were always already in the making. She shaped and shared knowledge in formative ways that grounded her students in the textile conservation tradition. Her insights were characterised by the expert’s deep and methodical understanding. She seemed to have a constant awareness of professional issues and a continual flow of inspiration. Moreover, Karen’s strong commitment and dedication were propelled by a force she shared with my mother, my aunts, and their brothers. Like Karen, they were subjects-in-process and always ready to pass on their knowledge, as well as a deep sense of identity and purpose in life.

Surrounded by such solids, my siblings and I felt we had access to extraordinary resources, centred on the anglophone world. In this context, Aunt Karen was a key figure. Amongst my earliest memories are Christmas and birthday gifts from Karen – often interactive constructs from London museum giftshops or books and catalogues of exhibitions at the British Museum, the V&A, etc. Her gifts were windows onto contemporary as well as ancient cultures, and they opened our eyes to the complex issues of museumization.

Other early recollections include regular visits to 7 Western Gardens in Ealing, where introductions to British culture awaited: food, customs, and language – especially the idiomatic expressions of the embroiderers in Karen’s workshops. Their language and eccentric ways were fascinating, as were Karen’s explanations of various restoration projects: rolled up tapestries from old houses arrived in Karen’s workshops to undergo cleansing chemical baths and restorative needlework. Under skilful hands, hunting scenes and medieval dress codes would come to light and reveal narratives, hierarchies, and aesthetics of bygone ages.

Karen’s book Caring for Textiles outlines her expertise in preserving a diverse range of fabrics and fibres. This knowledge was essential in her textile conservation projects. As a teenager visiting 7 Western Gardens, it gradually dawned on me that a wide range of methods were applied in the procedures administered by the embroiderers. Moreover, the textiles were often accompanied by stories of provenance, condition, and prospective life in museums or private homes.

In old Danish, the word “conservation” was another term for marriage. From the moment the young Karen engaged in conservation of the medieval embroidery on display in Rødding church, she was wedded to textiles. The alchemists spoke of such chemical weddings, metaphors for focused work that graduated to new stages. To my mind, Karen was such an alchemist, whose lifelong projects created a new school of textile conservation.

Aunt Karen was an authentic source of joy and affection. At every warm welcome, there was a feeling that embodied a code. In Karen and Norman’s home, it was understood that there was more to life than housework – as evidenced by Karen’s workshops and substantial library. I quickly grasped the concept: there was a place in London to go to with few conventions, lots of freedom, independent spirits, and an always resourceful sense of humour – especially Norman’s signature jokes.

Every other year or so, 7 Western Gardens would for a week become our home away from home – steeped in cultural knowledge of London. Most museums were known to Karen and she would always have tips and recommendations on interesting exhibitions and events. Having 7 Western Gardens as an occasional secure base, enabled immersion into the sights and multifaceted experiences of London.

Karen gave us a profound feeling of being much loved and of receiving a great gift: a stay in London with exotic experiences of multicultural as well as British foundation icons – the Tutankhamun exhibition (1972) at the British Museum, a trip to Stonehenge or browsing the bookstores on Charing Cross Road followed by tea and cheesecake or a Guinness at the pub with Norman. Other such moments were the Rothko Room at the Tate Gallery, performances of Troilus and Cressida or Cats, buying a leather jacket in Portobello Road or Karen’s OBE and her first speech at the Royal Society of Arts. 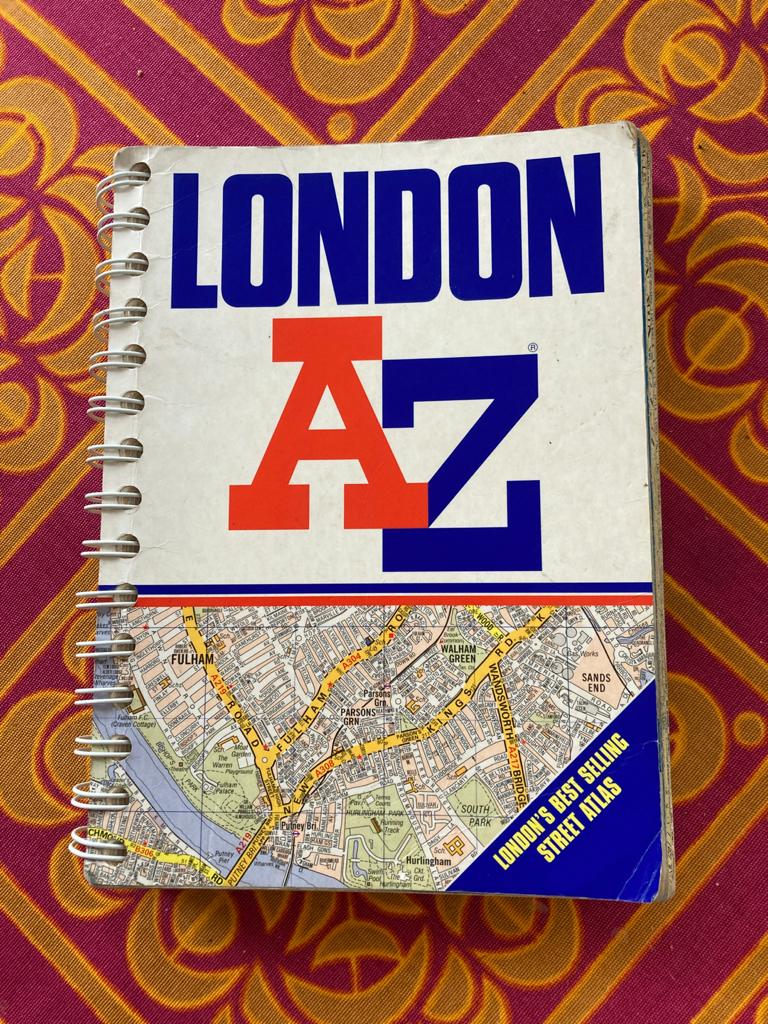 Aunt Karen gave us London, and in a sense, it was hers to give. Her insights into British culture and museums as well as the history of London, provided us children and teenagers with a sense that we were close to something unique, conceptualized by Karen’s knowledge, her presence and strong base in London. Returning, full of impressions, to 7 Western Gardens after a day out, there was always Karen’s smile – welcoming and dispensing megawatts of here-and-now attention that sustained the feeling that we were greatly loved.

A visit to 7 Western Gardens involved a loan of the key to the house. Whenever we left for a day of adventure, Karen would look up from her work, beam a smile, and say: “Enjoy yourselves and take care.” We did and we are the richer for it. Thank you, Karen, for your generous spirit and for sharing your home, passing on your knowledge, and lending us your London A to Z maps. They were much used, and we returned to Denmark enriched by a touch of cosmopolitan sensibility.

At Katrina and Alan’s wedding, Doris [Bradley], an embroiderer at the Textile Conservation Centre, ended her speech with the statement: “It was Karen who did it!” and indeed it was. Karen did it, and with her drive and aesthetics she worked many other wonders, often ahead of her time. I will always be grateful for her attentive presence and insightful conversations, as well as for the fascinating and vibrant London base she gave me and younger generations in the family in our formative years.